Sarah Vine is the wife of journalist and Justice Secretary, Michael Gove. Her husband stunned in a move that left Boris Johnson out of Tory leadership race and positioned himself explicitly as the “change” candidate.

Sarah’s husband along with Boris Johnson led the successful campaign for Britain to exit the European Union— and everything pointed out Johnson as the next PM, that was until Michael Gove withdrew his support for Boris Johnson and instead announced his own candidacy for the top job.

Sarah Vine’s husband was born in Edinburgh in 1967 and brought up in Aberdeen.

Michael has been a journalist since he left university, working for local and national newspapers, radio and TV. He has reported on issues as diverse as EU corruption in Brussels and the threat to small businesses from red tape as well as championing the victims of crime.

At The Times, Michael worked closely with Frances Lawrence, widow of the murdered headmaster Philip Lawrence, to fight street crime and its causes.

Michael has also appeared regularly on radio and television, as a panellist on Radio Four’s “The Moral Maze” and BBC 2’s “Newsnight Review” and a guest on Channel Four News, Any Questions and Question Time. He has appeared in one feature film. He played the school chaplain in the family comedy “A Feast at Midnight” which was released in 1995.

His resume also includes his job as a former Chairman of Policy Exchange. 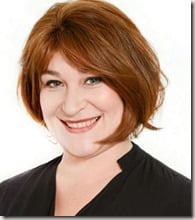 Sarah Vine is a Daily Mail columnist. She is also the mother of the couple’s two children. The couple are the proud parents of daughter, Beatrice, and son, William, who was born at Frimley Park Hospital in November 2004.

In a leaked message Sara Vine urges Mr Gove to seek specific assurances about his role in any Cabinet led by Mr Johnson before offering his support for any run for the leadership.

In the message, she reminded her husband that his presence on the ticket was intended to reassure press barons who did not warm to Johnson. In return, she said, Boris must give “SPECIFIC assurances” to Gove.

Sarah Vine was born April 1967. Like her husband she is also a former columnist for The Times. She has been a writer for the British tabloid newspaper, the Daily Mail since 2013.

The wife and mother of two is also the co-founder of Get The Gloss on the belief that you can have brains and beauty. She was the award-winning Beauty Editor of The Times, as well as the newspaper’s radio critic, columnist and general dogsbody for fifteen years.

For almost 20 years on Fleet Street she has worked on a number of publications in a variety of roles, from tabloid sub-editor to broadsheet arts editor. She has co-authored two books, The Great Big Glorious Book For Girls and Backwards In High Heels.