Markus’ girlfriend was born in Helsinki on 16 November 1985, and before moving to Tampere, she lived in Espoo and Pirkkala. Sanna who is the child of same-*** parents; graduated with a Bachelor of Administrative Sciences from the University of Tampere in 2012.
The Finnish politician, Sanna Mirella Marin is a Social Democrat, she has been a member of the Finnish Parliament since 2015 and a Transport and Communications Minister since June 6, 2019.
She was elected to the City Council of Tampere in 2012. From 2013 to 2017, she was the chairperson of the City Council. In 2017, Marin was re-elected to the City Council. Marin is also a member of the Assembly of the Council of Tampere Region. In 2014, Marin was elected second deputy chairperson of the Social Democratic Party.

Marin became a well-known politician last spring when he became chairman of the SDP chairman, Antti Rinne, who became seriously ill. Marin garnered praise and thanks for her work as the leader of the election campaign. 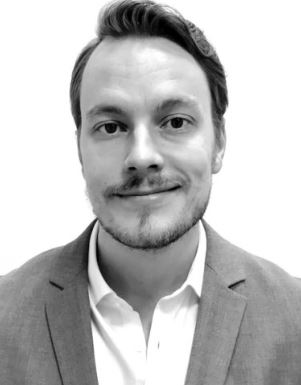 She has lived with her longtime boyfriend, Markus Räikkönen for years. The two welcomed a daughter Emma Amalia Marin, on January 28, 2018. According to numerous reports, the two have known each other since high school, and though they are not married yet, they are reportedly planning to have a wedding.

Markus Räikkönen was born Sep 16, 1985 in Finland. He played college football, mainly in the Forward – Centre-Forward position while in school.
On social media, he calls himself a ‘Marketer, Founder, Advisor’

Markus serves as Senior Vice President of Communications at MarketingAcademy -founded in 2013, the Marketing Academy MAK Oy is Finland’s leading Digital Customer Acquisition Agency. This is one of the fastest growing marketing companies in Finland and the Nordic countries.

According to a short profile, Markus is Head of Communications at the Academy of Marketing and is responsible for the MAK Lab Innovation Unit. Markus Räikkönen is in addition, responsible for new product development and international projects.