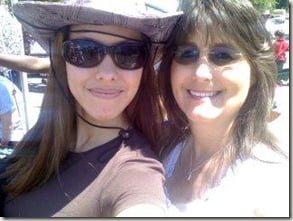 Jodi Arias is accused of murdering her boyfriend Travis Alexander inside his Meza, Arizona home in 2008. She claims that she killed him in self-defense, Jodi has been charged with first degree murder and faces the death penalty if convicted.

The Jodi Arias trial continues with mommy issues allegations. A defense witness admitted Monday that Jody had a violent relationship with her mother Sandra “Sandy”, and that Jodi even hit her for no reason.

When Jodi was a teenager she had anger towards her mother, treated her like ****, and argued all the time, according to forensic psychologist Richard Samuels after being asked by attorney Juan Martinez about their relationship.

Samuels also testified that Jodi suffered from acute stress disorder, which developed into post-traumatic stress disorder after the 2008 killing of her ex-boyfriend.

Martinez comments on Jodi’s alleged abuse of her mother had not previously been discussed during the trial. He revealed that information in an attempt to show Arias had struggled with anger long before the alleged trauma of the killing.

Jodi Arias’ parents are William Angelo Arias and Sandra D. Arias, best known as Sandy Arias has testified that both of her parents physically abused her after the age of 7, punishing her with a wooden spoon and a belt.