Sam Waisbren has been identified as the young man who was the victim of a killer elevator which malfunctioned crushing him to death.

Sam, a resident of Kips Bay apartment building attempted to exit the elevator but was crushed as the lift plunged from the lobby into the darkness of the shaft below. He was 30-years-old.
The horrific death was caught in surveillance footage and it shows a young man who was literally trying to climb out onto the floor while the elevator was still moving down.

Sam is said to have taken the elevator down to the lobby of his 23-story apartment building with six other residents around 8:30 a.m. According to officials he started to walk out of the elevator on the heels of another passenger when the lift suddenly plummeted. He was pinned between the elevator car and the elevator shaft. 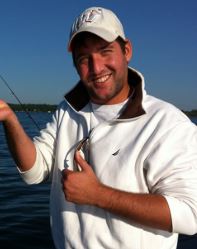 Samuel Charles Waisbren was one of three children born to Charles and Laura Waisbren; his devastated father told media “He was a wonderful young man,” -and revealed Sam had moved from Milwaukee to the Big Apple where he worked in software sales.
His mother Laura, a NY native currently living in Milwaukee, Wisconsin -attended Herricks High School.
Charles Waisbren is a physician based in Milwaukee who studied at Weill Cornell Medical College of Cornell University.

The two are also the parents to two other adult children, Julie and Harry.
Julie Waisbren works as UCLA, previously worked at Northwestern Memorial Hospital and is currently a resident of Los Angeles, CA. Harry Waisbren is also a NY resident and is married to Sari Jaclyn.

Samuel studied at Nicolet High School graduating in 2007. He then attended University of Wisconsin-Madison graduating in 2012 with a Bachelor of Arts degree.
He moves to NY about six years ago and worked in sales at software company CB Insights -where he had been working since 2017. According to his LinkedIn, Sam previously served as an account executive at Likeable Local and was also an Inter at Fantasy Buzzer Inc.

He lived in a luxury Kips Bay apartment building where he paid around $3,600 in rent. According to his father, Sam had complained about elevator problems in the building. The devastated parent also added “My feeling about New York is you pay a bazillion dollars for rent, the least they could do is provide safety.”