Sal Dipiazza is the husband of Megan Dipiazza, who’s body is believed to have been found after she went missing three years ago.

News outlets report, Megan Dipiazza went missing on November 11, 2012. She was last seen at Sal Dipiazza’s home located in Sunland. Oddly, she left her purse and wallet at her house in La Crescenta. Megan disappeared without taking anything but her car, her driver’s license, debit card and phone were the only items missing from her apartment.

At the time it was reported, she left a goodbye note for her family. The note was found in a trashcan at her apartment.

Over the weekend an unidentified man, who went out for a hike in the Angeles National Forest in Los Angeles, found Megan’s ID and vehicle. According to authorities there were also bones at the scene. Tests will determine if they are in fact the bone of Megan Dipiazza.

Authorities who conducted a search in the early hours of Monday, found a photo of Dipiazza’s family and credit cards in her name.

Sal Dipiazza and 33-year-old Megan Sue Dipiazza had been in the process of getting a divorce. Sal told media outlets at the time of her disappearance, they had an argument while discussing the future of their marriage on the evening of November 11, 2012. Sal Dipiazza said his wife took off and described her a being a little upset at the time. He said that was the last time he saw her.

Megan DiPiazza, a Crescenta Valley High School graduate, was living alone in Sunland after separating from Sal Dipiazza. The Dipiazza’s produced one child together. Sal is the father of a 16-year-old daughter from a previous relationship and a 8-year-old son with Megan. 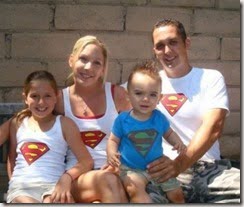 According form early reports about her disappearance, Sal’s wife was ruled as a voluntary missing person. Sal Dipiazza, who was desperate to find Megan, disagreed and said she could not stay away not even for a day, without checking on their young son, who was five at the time.

Sal Dipiazza and Megan were together for 10-years, they separated a month before she went missing.  Days following her disappearance, it was reported Sal Dipiazza, continued to work with family, friends, Glendale Police Department, Los Angeles Police Department and the Crescenta Valley Sheriff’s Station to find Megan.