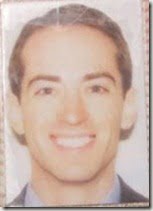 US Diplomat Ryan Fogle has been detained in Moscow and then ordered to leave the country, accused of being an undercover CIA agent and trying to recruit a Russian intelligence officer to work as a spy.

Ryan Fogle is the third secretary in the political section at the US Embassy in Moscow. According to Russian security services, Fogle was found with various disguises, including wigs and sunglasses, and a large sum of money.

“The U.S. intelligence community recently has made repeated attempts to recruit employees of Russia’s law-enforcement bodies and special agencies, which have been recorded and monitored by [Russia’s] counterespionage forces,” Russian officials said.

The alleged undercover agent was said to be in possession of “special technical equipment” and had written instructions for recruiting a Russian citizen as a spy. The one-page letter, released by the FSB, offered the Russian recruit a payment of $100,000 (£65,300) for an interview, as well as up to $1m (£653,000) a year in return for information requested by the US.

“Such provocative actions in the spirit of the Cold War will by no means promote the strengthening of mutual trust”, said the Russian Foreign Ministry.

Ryan C. Fogle is from Virginia. He was nominated to be a consular officer in the diplomatic service in February 2011.