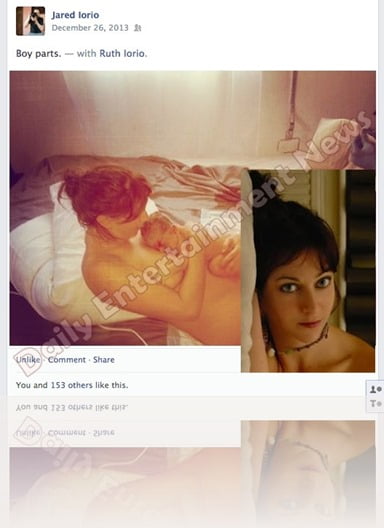 The miracle of life, a mother giving birth to her child, by far the biggest day of any woman, but to some people new mom Ruth Iorio went a bit too far by posting uncensored of the whole process of  her home birth, what do you think? beautiful way to show the beauty of child birth or too racy, disgusting for your taste?

Perhaps the name Ruth Iorio the wife of photographer Jared Iorio and mother of Nye Soledad Iorio doesn’t sound familiar, but Ruth’s maiden name is Fowler, as in Ruth Fowler the talented British writer!! aww!! I knew you’ll remember her.

Here is what we know about Ruth Fowler Iorio..

34-year-old Ruth Fowler or Ruth Ioririo was born on March 28, 1979  in London, she is currently a screenwriter, author and journalist based in  Los Angeles аnd London. She graduated from King’s College in Cambridge with a Master’s Degree in American Literature and a Honor’s Bachelor Degree in English Literature.

In my experience the first time I came  interested in Mrs. Iorio’s writing was when she used to be called Mimi and wrote  terrific articles for Thе Village Voice, when I did a search about her I found that after she graduated  from college she took a variety of jobs all over the world, well actually 50 country, she worked as a waitress, sailor, bartender, chef and even as  a checkout girl at a supermarket.

Her job as a waitress was in New York back in 2005, at that time she worked her **** off to her her working visa, but with little money to support herself things became difficult and she decided to take a job in Manhattan as a stripper, and doing that was that Ruth thought about writing about her stripping experiences on her blog and later on the Village Voice.  Boy! Did I enjoyed reading those!

Her writing skills didn’t go unnoticed and soon I found Ruth’s articles on the Huff Post, The Guardian, and The Fix.