We are saddned to hear about the passing of the co-founder of the natural cosmetics company Burt’s Bees, Burt Shavitz at age 80.

Roxanne Quimby and Burt founded the company in 1984. They made $20,000 in their first year and the company was eventually bought by Clorox in 2007 for $925 million.

Thanks to “Burt’s Buzz” – a 2014 documentary based on his life, we learned much about Burt. In it, then then 79-year-old revealed he left the company after in the ’90s after he was forced out for having an affair with an employee. At the time he received 37 acres of land in Maine and an undisclosed sum of money as part of his exit deal.

Even though he became a corporate icon he lived an intensely private and simple life. 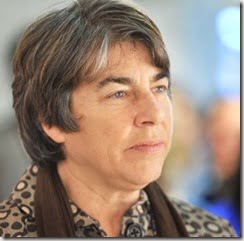 Roxanne was born in 1950 and was 15-years his junior. According to a Daily Mail report, the couple met while Roxanne –a single mother –was hitchhiking. She began making products from his beeswax, and they became lovers and business partners. They were together for ten-years.

The former photographer –who served several years in the army –said during a interview about his relationship with Quimby:

‘Roxanne Quimby wanted money and power, and I was just a pillar on the way to that success,’

The businesswoman told the AP in an email:

Everyone associated with the company was treated fairly, and in some cases very generously, upon the sale of the company and my departure as CEO. And that, of course, includes Burt,’

Roxanne is widely known in Maine; the Massachusetts native first moved to Maine in 1975 with her then boyfriend, George St. Clair –with whom she gave birth to twins: Lucas St. Clair and Hannah Quimby.

The now 65-year-old leads a number of philanthropic organizations in the area.

She and Burt had no children together. You can read more about Roxanne here. Find her on Facebook here.