Margot Perot is the longtime wife of Texan billionaire Ross Perot -who has died at the age of 89. He was diagnosed with leukemia earlier this year.

Margot’s husband pioneered the computer data industry by founding his own company in 1962. However, he is perhaps better known for running twice for US president, first in 1992 and later in 1996.

The 1992 campaign – during which Perot spent $63m of his own money – made him a household name. At one point he even had a lead over both his rivals – a feat that no other independent or third-party candidate managed before or since. Perot finished a strong third in the November election. His second campaign in 1996 was less successful. He did not take part in presidential debates and got just 8% of the vote.
The Texarkana native made his fortune by founding Electronic Data Systems in 1962, and Perot Systems in 1988. He also founded Hillwood, his real estate development company.
He is survived by his wife of more than 60 years, Margot, their children and numerous grandchildren. 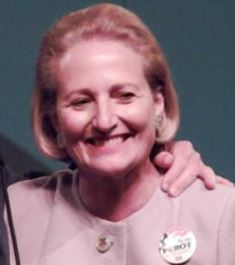 Margot Birmingham Perot was born in Pittsburgh on November 15, 1933; the daughter of Donald Cameron Williams Birmingham and Gertrude Price Birmingham. Her father served as the president of a bank.
she earned her bachelor of art degree from Goucher College in Maryland. She is a former elementary school teacher.
The year she met Ross Perot was in 1952 -at the time he was a sailor and she an 18-year-old college sophomore. After becoming Mrs. Perot in 1956; she and husband Ross welcomed five children, one son and four daughters; including son H. Ross Perot Jr. -who served in the U.S. Air Force for years and was chairman of the Air Force Memorial Foundation.

Nowadyas she is also a proud grandmother to at least nineteen grandchildren.

She has also been a sustaining member of the Junior League of Dallas, board member of the Dallas Museum of Art and former Chairman of the Board of Trustees, The Hockaday School. She is also widely known as a supporter of Planned Parenthood of North Texas for more than 20 years.