Dana Caruso Schiff has been identified by major publications as the current love interest of 55-year-old Rosie O’Donnell. Surely people close to Dana Caruso Schiff might find it unlikely as until recently she used to be a straight woman, as in, married to a dude!

According to a NY wedding announcement, Dana tied the knot to David Baker Schiff back in 2003, in New York. Her still husband, also known as Scott, used to work as an associate at G. L. Ohrstrom, a New York leveraged buyout firm.

From her marriage to Scott she is the mother of two children, including a daughter named Plum. The former couple has been separated for over a year and are going through a divorce. 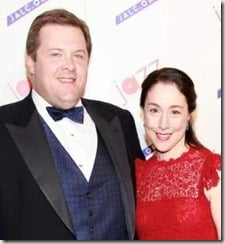 Her mother retired as a broker in Norwalk, Conn., for Coldwell Banker, the real estate company. Her father owned Daniel Caruso Hair Designs in Norwalk. 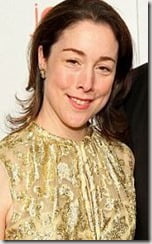 48-year-old Dana happens to be an actress who has a number of Broadway credits including ”Annie Get Your Gun.” She also toured in ”Fiddler on the Roof,” ”Titatic,” ”Les Misérables” and ”Cats.”

Dana Caruso Schiff attended the American Academy of Musical and Dramatic Arts in New York. In the past she also worked for Martha Stewart Weddings –the NY magazine, giving presentations at bridal expositions. According to her LinkedIn, she calls herself an ‘Independent Music Professional.’

Rumor is that O’Donnell and Dana have known each other for years –probably due to Dana’s ties to acting –and have been seen hanging out in numerous occasions. No biggie right, that was until a 2016 report surfaced, calling the former talk show host a ‘home-wrecker.’

It’s been revealed the two have been such good pals over the years that, Rosie is the godmother of one of Dana’s children.