Kim Goldman is the author sister of Ron Goldman, who was murdered along with Nicole Brown Simpson in 1994. His family won a civil lawsuit against O.J. Simpson in 1997.

Kim and her family became well-known public figures after the 1994 murder. The Goldmans’ suffered the terrible loss when her brother, Ron Goldman, was found murdered along with Nicole Brown Simpson. Former football star O.J. Simpson was charged with the murders, and while he was acquitted in a criminal trial, he was later found liable for the victims’ deaths in a civil suit.

Since, then she and her family have told their story in books and sought to claim their full share of the civil settlement.

Kim Goldman and Ron Goldman are the children of Fred Goldman, a Chicago businessman, and his first wife Sharon. Their parents ended in divorce in 1974 and both Kim and Ron wee raised by their father.

Fred Goldman remarried in 1987, and moved to Southern California with Kim and new wife Patti’s three children. Ron eventually joined them there after a semester at Illinois State University. 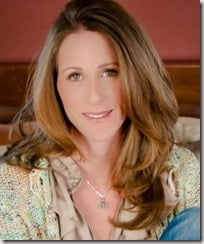 After her brother’s very high profile murder, Kim went onto become a mother, writer, and speaker who works extensively in the non-profit sector. She is the Executive Director of the Santa Clarita Valley Youth Project and founding Co-Chair of the Ron Goldman Foundation for Justice.

However, some things haven’t change since her brother’s murder. She wrote a memoir that speaks volumes about her feelings on those horrible events; it’s called Can’t Forgive. 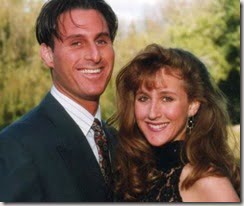 Before the murder of her brother, Kim was studying to be a child psychologist. She previously worked in television but found her happy place as she calls it on her website, in the non-profit sector.

The lovely Kim, has traveled the country being an advocate for victim’s issues, as well as speaking out about judicial reform and the role of the media.

She has also written articles for various newsletters and magazines, including Glamour Magazine, and the Huffington Post.

Losing her 25-year-old brother was certainly traumatic but Kim has gone on to achieve impressive things.