Robert Robinson Jr. has been identified as the other driver in Teen Mom star, Jenelle Evans’ road rage incident.

Robert Robinson Jr. admitted to TMZ to have brake-checked Evan, only because he says Jenelle started acting crazy on the highway and did it, in an attempt to calm her down.

Like Jenelle Robert Robinson Jr. says he also had a gun put only uses it to protect himself and although he felt threatened by Jenelle he chose to exercise restraint –after he realized she had a kid with her in the truck.

Evans who was traveling with her also famous 8-year-old son Jace in the front seat, did pull out hers. She engaged on the heated road rage incident after Robert Robinson Jr. tailgated her truck. On the footage in her car, it can be seen Robert Robinson Jr.’s car accelerating and going pass her.

It seems like Robert Robinson Jr. who was driving a white truck –cut her off and then stopped short. 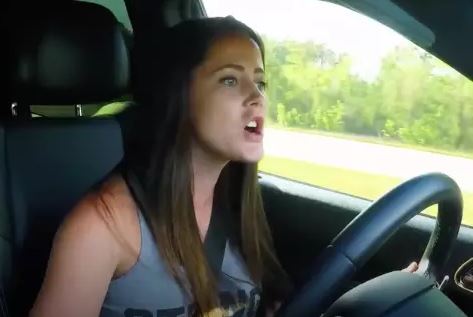 Then it seems like she suddenly has to hit the break in order to avoid a crash. She then asks Jace for the phone to call 911. She tells police that her car “almost veered out of the road” due to the other driver.

She then proceeds to take matters into her own hands by following the driver to his house. Once outside the house of Robinson Jr. she screamed “’I got three cameras in my car; they got the whole thing I just called the law on you, you were tailgating me, you dumba–.’”

Things only got heated when Jenelle then tried to leave backing into his mailbox and is subsequently blocked by Robinson Jr. At this point a beyond angry Evans pulls out her firearm –as announced by the show’s producers. She manages to get back on the road and shortly after is pulled over by cops. The whole incident aired on the MTV show.

But Robert Robinson Jr. –has a different version telling People about the May incident, that it was Jenelle who was blocking traffic and that he only tried to pass her on the inside like everyone else…and that’s why she flipped out. He then adds that Jenelle followed him to his house only to run over his mailbox. 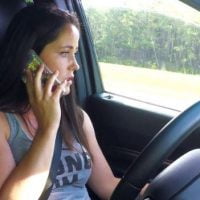 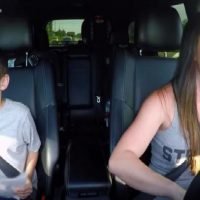 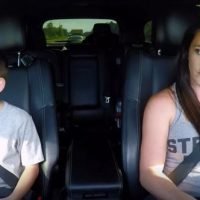 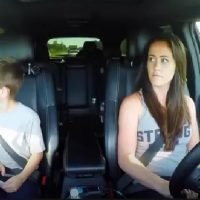 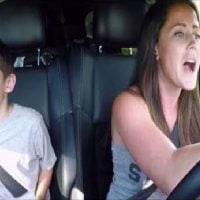 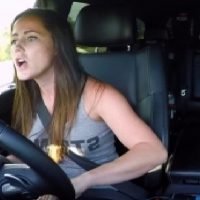 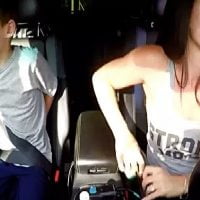