Lucinda Franks, the journalist and winner of the Pulitzer Prize for National Reporting -was the second wife of the late Robert Morgenthau, who died over the wekend aged 99.

Lucinda’s husband is a legendary district attorney who spent more than 30 years jailing criminals, from mob kingpins and drug-dealing killers to a tax-dodging Harvard dean. He was just 10 days short of his 100th birthday when he passed on Sunday.

Morgenthau, who was US attorney for New York’s southern district during the Kennedy and Johnson administrations, became Manhattan’s top state prosecutor in 1974.
Morgenthau was born into a prominent New York family. His grandfather, Henry Morgenthau Sr, was US ambassador to the Ottoman Empire during the first world war and his father, Henry Morgenthau Jr, was secretary of the treasury under Franklin D Roosevelt.
He joined the US navy one day after graduating from Amherst College in 1941, earning the rank of lieutenant commander and seeing action in the Mediterranean and Pacific.
After the war, Morgenthau earned a law degree from Yale and joined a New York law firm.

He is survived by his wife, Lucinda who confirmed his death following a short illness. The two were married of 42-years. 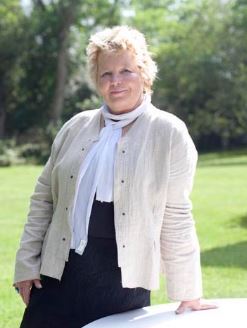 He and Lucinda became husband and wife in 1977. The two had met in 1973 -after she interviewd him for the NY Times. He was her senior by 27-years.
From his second marriage he and Lucinda welcomed two children, 29-year-old Amy Elinor Morgenthau and 35-year-old Joshua Franks Morgenthau.

Born July 16, 1946 in Chicago but raised in Wellesley, Massachusetts; Lucinda was the daughter of daughter of Lorraine and Tom Franks -who was a secret agent during World War II.

She graduated from Vassar College and became a staff writer for The New York Times, she has also written for The New Yorker, The New York Times Magazine, and The Atlantic.
She won a Pulitzer Prize for her reporting on the life and death of Diana Oughton, a member of the Weathermen.
Lucinda Franks is also the author of the acclaimed memoir, My Father’s Secret War.

Most recently, in 2015, Lucinda published “Timeless: Love, Morgenthau, and Me” -a memoir where she tells the story of her marriage to Manhattan District Attorney Robert Morgenthau.