Robinson who appears to have had enough claims that for years she was the victim of “gratuitous unwanted physical contact” and “sexually-charged comments” from Oscar winner Robert de Niro. As a result she recently filed a lawsuit in Manhattan federal court for gender discrimination and wage violation.

According to the suit, the Taxi Driver star left Robinson threatening voicemails “you’re f—ing history” and also called her a “*****” and a “brat.” Graham Chase Robinson says that she endured the actor’s creepy and abusive behavior for over a decade. It all went down when she began working at his production company, Canal Productions Inc. -and it ended ugly when she was forced to resing earlier this year because she couldnt take it anymore.
Robinson claims in court papers De Niro treated her as his “office wife” and made her do “stereotypically female duties, like housework” while underpaying her and denying her overtime. 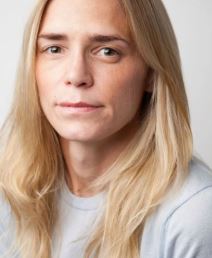 “Among other things, De Niro would direct Ms. Robinson to scratch his back, button his ties and prod him awake when he was in bed,” the complaint adds. “De Niro also stood idly by while his friend slapped Ms. Robinson on her buttocks.”

Graham Chase Robinson came on boar at Canal Productions in 2008, at the time she was hired as an executive assistant. Since then, she’s held a number of administrative positions, the most recent vice president of production and finance.
However, the pretty blonde claims she long contemplated quitting but that De Niro would lord his influence, telling her he’d giver her “bad recommendation” if she left.

According to Page Six, De Niro actually sued Robinson first in August, accusing her of swiping cash and frequent flyer miles and abruptly quitting. But Robinson claims that suit was brought in retaliation. In De Niro’s suit Graham Chase Robinson was accused of embezzling money and binge-watching Netflix while on the job. She called his accusations, ridiculous.