Robert “Bob” Williams was identified as one of the fatal victims of the “Ride the Ducks” tragedy at Table Rock Lake, near Branson, Missouri.

The 73-year-old driver was among the 17 victims who lost their lives after the boat capsized and then sank with 31 people onboard, including children, on July 19, 2018.

Robert Williams was a Branson resident and was married to his wife Judy Williams for more than 30-years. After the tragedy she told CNN reporters “He’d talk to anybody. He made an effect on many lives. He would give up his life for somebody. That’s the kind of man Robert was, is”

According to his social media, Robert was a Birmingham, Alabama native. He attended Ullman High School. Williams previously worked in Building Maintenance at Rhode Island Public Transit Authority. Most recently he served as Usher at Amazing Acrobats of Shanghai and is listed as a CDL driver at Ride The Ducks Branson. He was part of a two-person crew on board the vessel. Before joining the team, he worked as a chauffeur at Branson Limousine & Executive Charter, Inc. 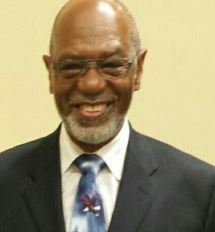 The boat’s captain, whose name wasn’t immediately released, was among the survivors and was taken to a hospital, reports say.

Robert Bob Williams, studied Bible/Ministry at International Bible School and is a former Associate Pastor at The King’s Cathedral – Where Everyone Is Royalty.

Williams who is highly regarded by everyone who knew him, was also very involved with the homeless. He and his wife were working in stablishing a center that serves veterans and the homeless. He was an inaugural board member of the USA Veterans Hope Center.

Robert Williams also known as Captain Bob, is survived by his longtime wife Judy Willaims –who works at Sight & Sound Theatre in Branson. Those close to the couple describe them as being committed to serving others.