Sheryl and her famous husband have been married for nearly three decades, they are known to have a solid relationship however they also faced their fair share of controversy in the past and now and then, it keeps coming back.
In 1989, the “St. Elmo’s Fire” actor faced a lawsuit from the mother of a 16-year-old girl involved in a *** tape. Lowe denied knowing the girl was underage. The 55-year-old recently credited his 1988 scandal with getting him sober. The actor then added that sober, got him married.

Just two years after the scandal, he and wife Sheryl tied the knot.

Sheryl Berkoff worked as a makeup artist when she and Rob were married in 1991. The blond was born June 20, 1961. The California native first met him in 1983 and later reunited when she worked as a make up artist for the film, Bad Influence.
Prior to meeting Rob, Sheryl Berkoff was dating Emilio Estevez who was Lowe’s personal friend and co-actor. 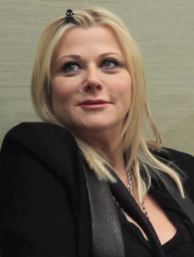 Since the union, Sheryl Berkoff and her celebrity husband have welcomed two boys whose names are Edward Matthew Lowe and John Owen Lowe, respectively. Edward was born in 1993 and graduated from Duke University. His younger brother, Owen was born in 1995 and he chose to attend Stanford University.
Though Sheryl isn’t into acting, she’s always seen next to her husband at red carpet events. She also keeps busy with her own business. The spouse and mother happens to be a jewelry designer.

She established Sheryl Lowe Jewelry, and has her own website. She first began making jewelry at a young age as a form of self-expression. After art school, the California native made a name for herself as a makeup artist. Over the last decade, Sheryl has dedicated her career to jewelry design, honing her craft and perfecting her process.
Sheryl Lowe design embodies a unique story of the raw beauty found in nature. According to her website, Sheryl Lowe is sold at fine retailers and boutiques such as Neiman Marcus and Bergdorf Goodman and coveted by powerful female muses everywhere including Maria Shriver, Gwen Stefani, Gwyneth Paltrow, Cameron Diaz and Oprah Winfrey.