Rob Goldstone, a former journalist turned publicist, has been identified as the man who set up the meeting between Donald Trump Jr. and a Russian source with insights on Hillary Clinton.

In a new chapter of the Trump/Russia controversies, Rob –a Briton, allegedly asked the son of the  now US president, to meet with Natalia Veselnitskaya in June 2016. The Russian lawyer allegedly promised damaging material about Hillary Clinton during last year’s presidential campaign.

A special prosecutor is investigating whether members of the Trump campaign colluded with Russian interference into the 2016 presidential election.

Though the Trump side has accepted meeting with Veselnitskaya, they say she never produced information negative to Clinton.

Goldstone has also accepted his part into the new piece of the puzzle, as the man who arranged the meeting. Reports say he told Trump Jr. that the meeting was part of a Russian government attempt to boost his father’s presidential campaign.

Adding more fuel, Rob posted a photograph to Instagram in which he wore a T-shirt with a large “RUSSIA” logo –just hours after Trump’s victory in the 2016 election. 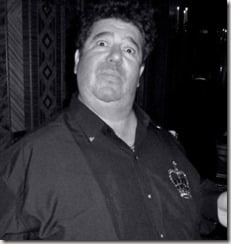 Rob Goldstone is not a new face in media. In fact, through his PR career he’s worked closely with world-renowned names, such as Michael Jackson, BB King, Richard Branson, EMI Music Publishing, among others. 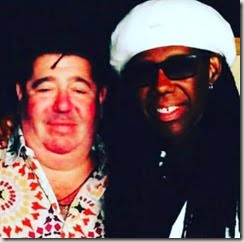 According to profile on OUI 2 Entertainment, he worked for daily newspapers and radio stations in London.

In the early 90’s he was hired by HMV Group to lead its marketing department.  His work led to close working relationships with artists, managers, and record labels across the globe. In 1998 he founded Oui 2 Entertainment with David Wilson.

But where is the link between Trump and Rob Goldstone you ask? Well, according to The Washington Post, Rob Goldstone has ties to a Russian pop star named Emin Agalarov.

Emin’s father, Aras Agaralov, happens to be a Moscow-based real estate developer who was President Trump’s business partner. They joint forces in taking the Miss Universe competition to Moscow in 2013.

Accoridng to his social media info, Rob Goldstone was born in Manchester, UK. He is currently based in New York –from where he runs his PR company.