Amy’s husband is said to have died Tuesday at his home in Lakeville, Connecticut. His career on stage and screen spanned 7 decades, you may recognize him for starring in “Men in Black” and HBO’s “The Larry Sanders Show”

Born Elmore Rual Torn Jr. in Temple, Texas, a small city north of Austin, he took on the nickname “Rip” after his dad and uncle.

The Emmy Award-winning actor had a seven-decade career in film, television and theater, with nearly 200 credits to his name. He appeared on Broadway 10 times, making his debut in Tennessee Williams’ “Sweet Bird of Youth” in 1959. He earned a Tony Award nomination in 1960 for his performance. He also received an Academy Award nomination for best supporting actor for his role as Marsh Turner in the 1983 film “Cross Creek.”
His role as producer Artie on HBO’s “The Larry Sanders Show,” earned him six consecutive Emmy nominations and a win for best supporting actor in a comedy series. Following his success on the show, Torn was cast in several movies including 1997’s “Men in Black”
Torn’s publicist confirmed that he is survived by his wife, Amy Wright; six children and four grandchildren. 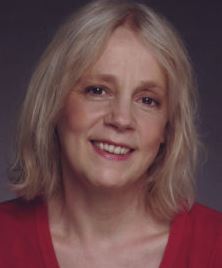 Amy Wright was actually his third and last wife. Torn’s first wife was actress Ann Wedgeworth -with whom he fathered a daughter, Danae Torn.
From his second marriage to Geraldine Page, he is the father of daughter, Angelica Page; and twin sons, Tony and Jon Torn. He and Geraldine were married from 1963 until her death in 1987.

In 1989 he and Amy Wright tied the knot, becoming the actor’s third wife. In the past Amy Wright has been reffered as Rip Torn’s mistress during his marriage to Geraldine Page.
Amy who is also an actress is the mother of the couple’s 2 daughters Katie, Claire Torn.

Amy Wright is a Chicago native who was born April 15, 1950. Her father, Benjamin, was the professor of psychology and statistics at the University of Chicago. Wright was educated at Beloit College in Wisconsin where she achieved a theater arts qualification and teaching credentials.
She is a former actress and model; as an actor Wright has appeared in movies including “The Deer Hunter,” “Breaking Away,”“The Accidental Tourist,” “The Amityville Horror” and 1979’s “Heartland,” in which Rip Torn played the leading role.

More recently In 2013, Wright served as the artistic director of the Herbert Berghof Studio in New York City.