This beautiful lady is Karen Garver Santorum; she is the lovely and supportive wife of politician and former Republican Party presidential nominee, Rick Santorum.

Karen’s husband is a Virginia native who was born May 10, 1958; he attended Pennsylvania State University, where he earned a bachelor’s degree in political science in 1980. He followed with an MBA from the University of Pittsburgh in 1981. Five years later he earned his law degree at Dickinson School of Law.

Rick Santorum was first elected to the U.S. House of Representatives in 1990, where he represented suburban Pittsburgh’s 18th Congressional District.

He had previously worked at Kirkpatrick & Lockhart, this period of time takes us to the lovely Karen Garver Santorum.

The political spouse has had quite the interesting life, from studying nursing and law to authoring a book on the illness of her daughter and having an affair with a man 40-years older than her. 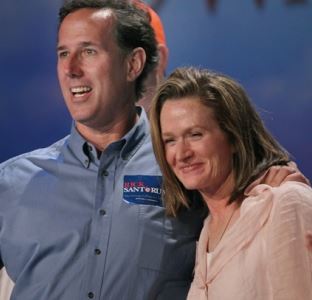 The couple met while she was a law student at the University of Pittsburgh and he was recruiting summer interns for Kirkpatrick & Lockhart. Karen Garver daughter of Dr. Kenneth Garver also studied to become a neo-natal nurse.

The couple tied the knot in 1990 and have since welcomed eight children together. However, their son Gabriel was born prematurely in 1996 and died two hours later. The devoted Catholic couple decided to take the body of their stillborn baby home to introduce him to their other children. During her husband’s presidential bid, this cause major controversy for the couple. 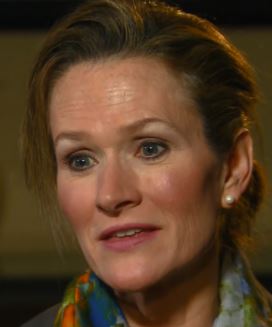 Karen Garver Santorum and her husband are the proud parents of Elizabeth, John, Daniel, Patrick, Peter, and Isabella –who was born with 2008 and was diagnosed with a genetic disorder known as Edwards syndrome.

Karen Garver was born April 22, 1960; like her husband, she opposes to birth control as well as abortion, even in cases of rape. However, this wasn’t always the case. According to numerous reports, while attending Duquesne University, a 22-year-old Karen Garver had a six-year-long affair with then 62-year-old, Dr. Tom Allen –who helped start one of the first hospital-sanctioned abortion clinics in Pennsylvania. The couple has never made any comments on her alleged past.

The Santorums have since written Bella’s Gift, which is about Bella’s condition and their marriage. Karen Garver Santorum, a wife and mother of seven kids, never practiced law and has dedicated to the care of her family.