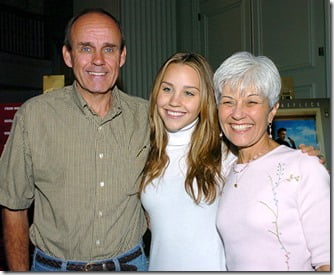 Is just sad to see such a beautiful girl with great talent and brilliant future throw away her career like this. We are talking about Mandy Bynes! What a waste of acting skills, great sense of humor, we can still laugh at her show “All That” and what about “What I like about you” she was great! She successfully transitioned from T.V to a filming career; we all saw her team up with major English actor Colin Firth in “What a Girl Wants” Bynes was named one of Teen People’s “25 hottest stars under 25” in 2006! And look at her now! What an incredible transformation and we don’t mean it in a good sense of the word! Following her bizarre conduct it was just a matter of time for her to spin out of control; on Thursday she was arrested for drug possession at her apartment in NYC. Police received a call of a disorderly person only to find Amanda was spotted smoking a joint in the lobby and behave abnormally. Bynes who was set free without a bail will appear in court again in July.

Amanda’s parents; father, Richard Bynes a Catholic dentist who also practiced stand up comedy and mother, Lynn a Jewish dental assistant and office manager; have being unsuccessful in trying to help their youngest daughter who moved away from their Homs estate in California. The Bynes marriage have three children who they educated in both their faiths and believes. Thomas Bynes who was born in 1973 is a chiropractor, Jillian Bynes born in 1983 who has a B.A in History from UCLA and Amanda Laura Bynes, the youngest of the three.

Rick and Lynn are now trying to have the star committed to an in-patient treatment at a psychiatric hospital, while attempting to gain conservatorship. They do not wish their daughter undergoes any kind of drug treatment and recognize the fact that Amanda suffers from severe mental health issues that she refuses to accept. Apparently she’s been sick since her teens! With symptoms such as “hearing voices” a little weird right, why would her parents didn’t see this coming then??

The sad part is that conservatorships is very hard to obtain and Rick and Lynn are powerless at this point. The other option is for Authorities to seek a 5150 order whereby they could picked the star up for involuntary mental evaluation, but it also seems unlikely since she hasn’t been diagnosed with any mental illness.