But first a quick Bio about her husband.

The first thing you need to know about Nina Spencer’s husband was born Richard Bertrand Spencer on May 11, 1978. The Boston Massachusetts native has said he created the term “Alt-Right.”

Second is that Richard was born into a wealthy family, he grew up in Dallas, where he played football and baseball at a nationally renowned private school for boys. He studied English literature and music at U-Va; eventually earned a master’s in the humanities at the University of Chicago.

Third is that he left a Duke University doctoral program in 2007, to write for right-wing publications, a career that helped crystallize his political and racial ideologies.

Subsequently, founded an online publication in 2010 that he called the Alternative Right. He is currently the president of the National Policy Institute –an organization that aims to promote white nationalism. He is also the founder and Editor of Radix Journal and RadixJournal.com.

According to The National Policy Institute, he was formerly an Assistant Editor at The American Conservative magazine and Executive Editor of Taki’s Magazine (Takimag).

NPI produces podcasts, blog posts, events, and books. Titles include, “Race Differences in Intelligence,” “The Limits of Democratization,” and “**** Americanus: A Child of the Postmodern Age.”

Spencer believes that whites are superior to all other races. “What really makes European people special and our heritage special is that we reach for the stars and we believe in something higher than ourselves,” he once opined.

Richard has been a frequent guest commentator on the cable network RT International; and has addressed every NPI conference and has been a guest speaker at the Property and Freedom Society, The Traditional Britain Group, American Renaissance, and the HL Mencken Club.

Spencer who is already banned from social media, has now gone viral on a video where he made a hateful speech saying

“No one mourns the great crimes committed against us,” he said, referring to whites. “For us, it is conquered or die.” Spencer went on to deride the mainstream media as the “Lügenpresse,” a term used in **** Germany that translates to “lying press.”

He subsequently said his comments were meant to be “ironic” and “cheeky.’

According to the WP, Nina and her husband are separated. In other words, there is no doubt, nobody can’t blame Nina; it might be hard to be in a relationship with someone who wants ‘an all-white country’ –at the same time the question is, does she shares his views? 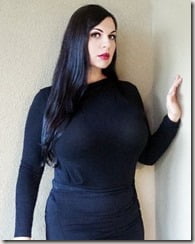 Nina Spencer is a writer born in Moscow, Russia. Arguably, the Russian scholar,  formerly known as Nina Kouprianova, and Nina Byzantina –a name she often uses as a pseudonym for her writings.

According to her website, Nina Spencer is an independent analyst of geopolitics and culture. She holds a PhD (History) from the University of Toronto; focusing on modern and contemporary Russia, culture, and U.S. foreign policy.

Furthermore, in  2014, the conservative Daily Caller denounced her as “the wife of a well-known American fascist and white nationalist” who pushed “anti-Kiev talking points” while discussing events in Ukraine in an appearance on the Kremlin-backed, English-language outlet Russia Today.

In conclusion, the couple separated in recent months. She and her estranged hubby are in addition the parents of a young daughter. Moreover, Nina no longer goes by Nina Spencer, instead, she prefers  Nina Kouprianova.