Richard Rojas has been identified by officers as the irresponsible driver who killed a teenager and injured others in Manhattan after he drove his car into the sidewalk in broad daylight.

According to reports, Rojas was driving his red Honda and lost control of the car, hitting pedestrians at about 43rd Street and 7th Avenue in Midtown Manhattan and came to a stop after crashing into barricades near 45th Street and Broadway.

NYPD confirmed the victim who died on scene was an 18-year-old girl, and at least 22 others were injured.

Rojas who was not injured during the violent episode, allegedly went berserk immediately after and had to be subdued by NYPD officers in an alleged attempt to scape the deadly scene. He didn’t get far thanks to the heavy police force presence of Times Square. 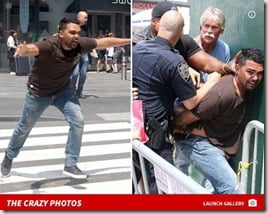 Rojas who lives in the Bronx borough of New York City, admitted to officers to smoking ********* Thursday morning before getting behind the wheal.

For a while the 26-year-old proudly served in the Navy but it’s been revealed he had a history of driving under the influence and is not the first time he gets in trouble with the law. 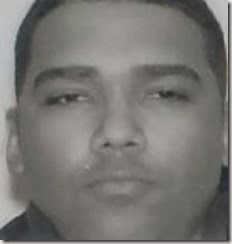 Accoridng to the NY Post, his most recent run-in with the law came just days ago, after he was arrested for menacing. On May 11, he allegedly pleaded guilty to harassment after putting a knife to a man’s throat. He was first arrested in 2008 for a DUI, second time in the can came in 2013.

The veteran of the US military allegedly told officers he was hearing voices and expected to die. According to NBC, his mother was brought in for questioning.

It was first reported the crash could’ve been related to terrorism but the crash is now being investigated as drugs and alcohol related.

The teen he killed has been identified as Alyssa Elsman –she and her family were visiting from Michigan. Reports say the victim’s younger sister was also among the injured.