Richard K. Jones, the Butler County Sheriff and who could possibly be one of the manliest men ever, is known as “Jonesy” to his friends and has been caught kissing actor John Travolta!

Believe it or not there is actually a perfectly good explanation for the alleged encounter. Travolta happens to be in Ohio shooting scenes for the mob drama, The Life and Death of John Gotti. The actor decided to stop by and paid a visit to the town’s Sheriff, Richard K. Jones.

We all know Travolta’s thing is to kiss people on the cheek while greeting them and Richard K. Jones is a sheriff with a funny side.

Last July, in an effort to catch drug criminals, Sheriff Richard K. Jones went viral after he declared himself the “most interesting man in the world” using a popular advertising campaign for Dos Equis beer.

So, there’s nothing more than two men paying their respect and admiration for one another. And, that’s that.

While we are here, we thought you might one to check out some cool facts about Richard K. Jones, get to know him better below! 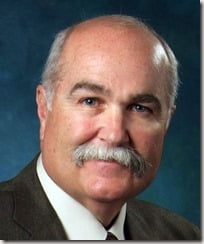 He holds an Associate Degree in Corrections from Hocking Technical College.

He earned his Bachelor’s Degree in Criminal Justice in 1981 from Wilmington College. Three years later he earned a Master Degree in Corrections from Xavier University.

In the mid-80’s Rick was promoted to the rank of Senior Captain and Warden’s designee for inmate appeals. His next promotion came in 1990 when he became a Major at the Lebanon Correctional Institute.

Three years later he accepted the position of Chief Deputy of the Butler County Sheriff’s Office –position he held for the next 12-years.