Richard Hamlett became the third and last husband of late actress, Debbie Reynolds. Sadly the iconic ‘Singing in the Rain’ actress died following a stroke on December 28, 2016. Reports say the pressure of losing daughter, Carrie Fisher the day before, was too much for her.

84-year-old Debbie certainly had an extraordinary life and part of that life includes her marriage to Richard Hamlett.

Accoridng to People, all three of her husband brought the marriage subject by the second date and Hamlett was no exception.

He proposed to the then twice divorcee and mother of two, during their first date. Convinced Debbie was this sweet gal next door, Hamlett –a real estate developer –asked the question.

Richard is the man Debbie ended up calling the devil! Could Richard had been the worst of all three?

While first husband and father of her two children, Eddie Fisher humiliated her by running to marry Elizabeth Taylor; second hubby Harry Karl spent her fortune but with Hamlett, she feared for her life! 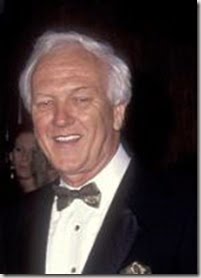 Richard Hamlett met Debbie at a party when taping a television special in Reno, Nevada in 1983. The NY Post reports.

They were married in 1984. She provided him with  limitless financial support for his real estate investments.

Reynolds and Hamlett appeared together in her exercise video “Couples Do It Debbie’s Way.”

He was also a co-producer on her traveling theatrical production of “The Unsinkable Molly Brown.”

In the early 90’s he proposed to Debbie the purchase of a defunct Las Vegas-based hotel and casino called the Paddlewheel. Debbie Reynolds Hotel and Casino opened in June 1993. Richard was nowhere to be found. She writes he disappeared to be with his mistress. 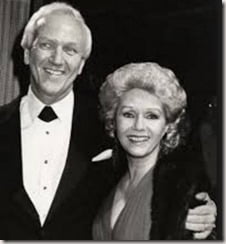 Unfortunately their marriage also ended in divorce in 1996. Debbie said during interviews all three of her husbands cheated on her and Hamlett was no exception. She wrote in her memoir Richard Hamlett once disappeared to be with his mistress for almost two days.

She also wrote she hid from him after he insisted in having a discussion at their balcony. She said she could picture him tossing her body to later claim her million-dollar life insurance policy.

Debbie also revealed in her memoir, when she invited Richard to discuss their divorce in a public place, he admitted he never loved her and that he was with her for the money.

She eventually paid him $270,000 to buy out his interest in the hotel and casino. He then moved to Virginia with his girlfriend.