Shane Simpson is the hunky husband of Emily Simpson, the newest addition to the cast of Real Housewives of Orange County.

Shane’s wife has previous ties with the show as she was the party planner in charge of Tamra’s baby shower for granddaughter Ava a few years back. According to Bravo, Emily and Tamara then had a falling out with her shortly after befriending some of Tamra’s former besties.

Emily now makes her entrance trying to make amends in her life. The Ohio native is a successful attorney and part time party planner. The lovely blonde is also a proud wife and mother.

She is the proud mother of three young kids of her own plus two from her man’s previous union. An actually her hubby has a bit of a dark past. 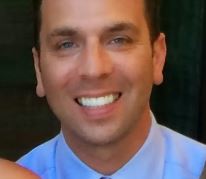 Shane Simpson, was accused of sexually, physically and emotionally abusing his first wife Miriam in their bitter divorce which took place back in 2008. Miriam revealed at the time he was physically and sexually abusive and also claimed Shane was addicted to prescription medications. 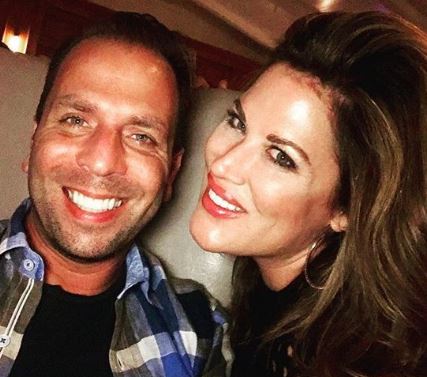 According to court documents, Shane’s ex became physically ill at his treatment and she had to undergo blood transfusions and numerous tests. Miriam says she felt near death and that’s when she decided it was best to leave taking their children to Utah.

Shane’s version is that his wife suddenly took his daughters without proper notification and denied all of her allegations. The two were married for nine years and share two daughters.

Shane left his past behind him as he and Emily welcomed their first child together in 2009. They are the proud parents of daughter Annabelle and twin boys, Luke and Keller.

Shane Simpson is also a lawyer who attended Whittier Law School. He holds a Bachelor’s degree in Criminal Justice, which he received at Chapman University. His LinkedIn states that Shane’s been working for APEX since July 2015, and that, prior to that, he worked as an associate attorney for Pranno Law in Salt Lake City, Utah. He is currently listed as a claims investigator for the company APEX Investigation.