Kenny’s wife is being called to step down amid allegations she was involved in improper relations, in which husband Kenny has also been implicated. The congresswoman is known for being openly bisexual.
According to reports, 32-year-old Hill and her husband, Kenny Heslep -were involved in a “throuple” with a younger female staffer, beginning in 2017.

Rep. Hill was elected in November of 2018. She is the Vice-Chair of the House Oversight Committee.
Prior to being elected, Katie was the Executive Director of People Assisting the Homeless (PATH), a statewide non-profit organization working to end homelessness throughout California. 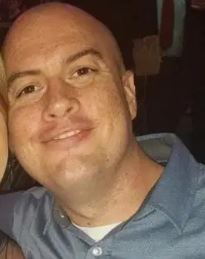 Katie who denied the improper relation, is now said to be estranged from her husband. The two are currently in the middle of a bitter divorce. Per the NY Post, Hill insisted that the explosive allegations are a smear campaign that was facilitated by her “abusive” husband.
Kenny Heslep and Katie Hills tied the knot in 2010, the two dated for years prior to their nuptials and even lost a child before tying the knot.
Also prior to their wedding, Kenny had to received surgery due to a collapsed lung. They had to move in with their parents to pay the hospital bill.
The two went their separate ways this year, amid allegations that Hill was involved in extramarital affairs. Heslep filed for divorce over the summer.
Though Hill has denied the cheating neither she or Heslep have adressed the throuple claims.

In the divorce proceedings, Heslep asked the judge to grant him spousal support. According to court documents obtained by The Blast, Heslep reported that he had only a couple hundred dollars in his bank account and that he didn’t earn an income from his position at a non-profit called People Assisting The Homeless. He is listed as a regional manager for the group.