Renee Wetzel is the second wife of Michael Wetzel, he was one of the victims killed in the shooting at the Inland Regional Center in San Bernardino, when Syed Farook and his wife Tashfeen Malik killed 14 people and injured more than 18. Renee’s husband a father of six was a supervising Environmental health specialist at County of San Bernardino where 28-year-old Farook had also been working for the past 5 years. 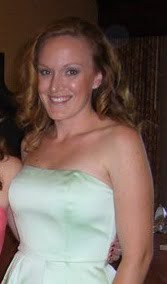 Renee Wetzel was deeply worried about the safety of her husband Michael Raymond Wetzel, 37, a Supervising Health Environmental Specialist at San Bernardino after learning two shooters shot several people inside the same building her husband was at.

“Please pray. My husband was in a meeting and a shooter came in. There are multiple people dead/shot. I can’t get a hold of him.”

Eight hurs later Renee Wetzel learn, her beloved husband Michael Wetzel had been killed. Michael was born on April 29, 1978 in San Bernardino, California to Beverly Wetzel (nee. Reed) and Raymond W. Wetzel, both 63. Mr. Wetzel graduated in 2001 from California State University in San Bernardino with a bachelor of science in Biology. 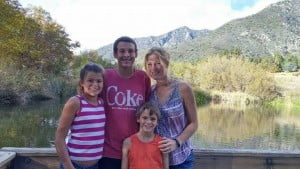 In 1999 Michael Wetzel married to 35-year-old Amy Wetzel (nee. Eatherly) the mother of his eldest children. After their divorce 10 years later, it seemed the divorce was a long, bitter that was finalized in 2010, a year after they split up. Amy Wetzel posted the following message after learning her children’s father was among the victim at the mass shooting in San Bernardino.

“The hardest worst day of my life is upon me today,” Amy Wetzel wrote on Facebook. “My heart is broken. Suddenly our entire world has shifted. I have to tell my babies that there dad is no longer here.”

“I pray you didn’t suffer. I pray through all our differences you know at one point how much loved you. You are the father to our the beauty angels who loved you. RIP Michael our world will never be the same without you,’ Amy Wetzel added.

Mike Wetzel married Renee Wetzel the mother of his youngest child (Renee has two more children from a previous relationship). A fundraiser in You Caring was created by The Lil’ Mammas to support Renee Wetzel and her family.