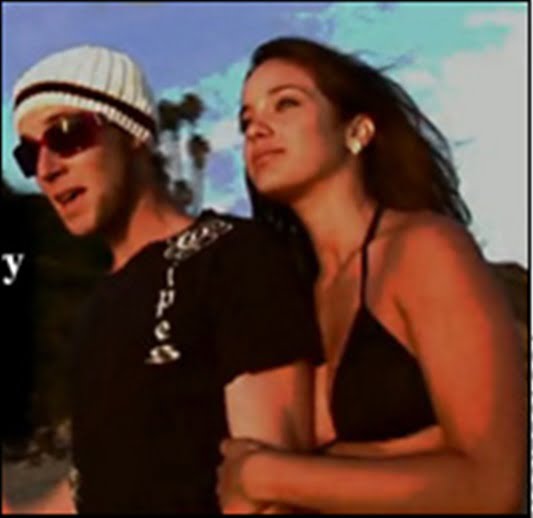 Juliana Redding was a model and aspiring actress, appearing briefly in the 2005 film “Kathy T” and gracing the pages of Maxim before she was strangled to death in 2008. Just like any other young talent, who moves to the big city with big dreams hoping to make it in the Hollywood jungle, Juliana was no different.

“Charming and respectful” She was born December 31, 1986, Juliana attended Salpointe Catholic High School in Tucson, where she had graduated in 2005. She participated in track and field, soccer, was a member of the recycling club, and was on the student council. She also participated in drama, and was a member of the school’s golf team for four years. The golf team was number one in the state Juliana’s senior year.

Redding was 21 years  old when she moved from Arizona with Hollywood hopes and anyone would have though she was well on her way to make her dreams of success come true as she landed the cover of the famous magazine. But only two years after beginning her modeling and acting career, Redding was found strangled and beaten to death in her Santa Monica home after her mother called police saying she hadn’t heard from her for two days.

So the question emerged, why would anyone want to harm Redding?? The story takes a dramatic turn as her killer described as a “femme fatale” was specially hired for the job! Just like in one of the movies she could have starred in, Juliana was tragically the subject of vengeance against her father. Greg Redding-the model’s father- is a pharmacist who planned to start a business together with Lebanese Dr. Munir Uwaydah but Greg pulled out of the deal when he learned Dr Uwaydah’s medical license was under investigation by the state. Then just days later his daughter was brutally murdered!

For years, authorities have alleged that Julaiana, was murdered after Park was hired by the doctor to intimidate her although initially the model’s boyfriend-John Gilmore- was also a suspect but later was acquitted after studying his alibi.

Munir in retaliation paid his broker and financial assistant, a woman by the name of Kelly Soo Park that along with her boyfriend took care of anything and anyone that came in the way of the doctor’s business plans! So when Dr. told Kelly to pay a visit to the young model in March 17th 2008, Park, who is 5-foot-10 and 150 pounds, went to Juliana’s apartment and strangled to her to death with her bare hands, according to court documents.

Although investigators say they found evidence tying her to the crime on the young actress’s neck and cell phone and also a check for $250,000 on payment from Uwaydah weeks before Redding was killed; Soo Park remains free on $3.5 million bail!

But as the jury selection for her trial takes place who knows Kelly’s luck will stay with her. As far as Munir he hasn’t been charged and After Park was arrested for the murder, Dr Uwaydah fled the country. His exact whereabouts are not known.

As Kelly’s trial for the murder of the young talented and beautiful Juliana unfolds many more questions and details will be released. R.I.P Juliana.