Rebekah ‘Bekah’ Martinez is one of the gorgeous women that are after, former racecar driver turned realtor, Arie Luyendyk Jr. –on the current season of the Bachelor.

Rebekah Bekah Martinez is a name we’ll all get to hear a lot during this season as she is said to become one of Arie’s main girls and quite possibly ‘the one’ still standing at the end to receive a rose. The only problem with Rebekah ‘Bekah’ Martinez is her age, she is presumably only 22-years-old meaning she is 14-years Arie’s junior who is 36-years-old.

Her bio on ABC mysteriously does not list her age. On E!’s rundown of the contestants, her age is listed as “not applicable.”

Bekah Martinez who doesn’t look 22 and definitely doesn’t act her age, manages to avoid the age topic during the first few episodes but gets confronted at some point by the other women. She stars off as one of Arie’s favorites, clearly exuding charm and wisdom beyond her years. 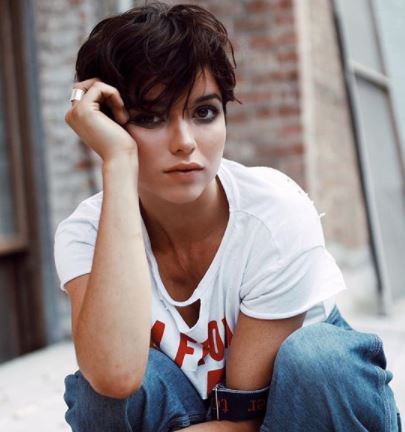 During the premiere, she famously asked Arie what were three things that excite him, to which he responded “Excitement… and pizza too.”

According to spoilers, Bekah –who is originally from Fresno –and Arie will fall hard for each other until her age is unveiled –when the actual test begins for their relationship. Will this be a breaking factor for the handsome bachelor?

Since Bekah is considerably younger than all of the other contestants is not really hard to imagine she works as a nanny. The pretty short haired with great smile describes herself as an adrenaline junkie since she is also a rock climber when not working as a nourishing nanny.

Her highest athletic achievement was when she received an invitation to nationals for rock climbing and place third on the west coast in her division. Bekah is set to attend UC Irvine to major in art.

Is Rebekah Bekah Martinez one of your favorites?