Ally’s boyfriend is said to have lost his suddenly over the weekend while in Chicago. The artist who, launched his career on SoundCloud -is said to have suffered a medical emergency shortly after arriving at Chicago’s Midway International Airport. Juice who allegedly suffered a seizure, recently turned 21.

Born December 2, 1998; the Chicago native grew up playing piano, drums, and guitar, turning to rap freestyling in high school. He graduated in 2017 from Homewood-Flossmoor Community High School outside Chicago, where he gained a reputation as a talented musician.

That same year, he came into the music scene with his 2017’s Juice WLRD 999 EP. Juice was signed to Interscope Records in March 2018 after scoring hits on SoundCloud with “Lucid Dreams” and “All Girls Are the Same,” according to Billboard magazine, which profiled the artist in March.
SoundCloud says Juice was the most streamed, liked, and reposted artist on its platform in 2018 and “Lucid Dreams” notched the most plays of any song last year. 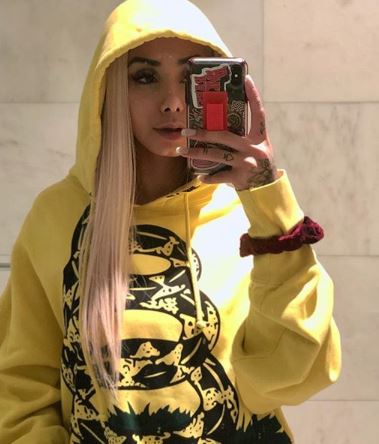 Juice WRLD was named Top New Artist at the Billboard Music Awards in May. His second album, “Death Race for Love,” debuted on top of the Billboard charts this year and his most recent single, “Bandit” with YoungBoy Never Broke Again, reached the Top 10 of the pop charts in October.
He was in a romantic relationship with girlfriend, Ally Lotti -an social media influencer with over 200k followers.
She was born on 28 May 1992 in Alabama. She revealed on twitter bio that his father was black and her mother was Puerto Rican.
The blonde writes on her Instagram bio, “Somewhere’s doing better.” Earlier this year the couple made headlines when Juice publicly announced he had quit codeine and apologized to Ally Lotti for scaring her. Not many more details are known at this time about her.

Lotti who has a number of tattoos on her body, often appears in photos with sunglasses and sportswear.