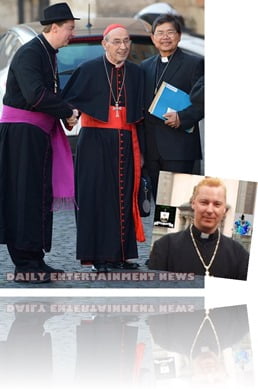 Meet Ralph Napierski the man who dressed as a priest and said he was an Bishop named Basilius with the Italian Orthodox Church at the Vatican Meeting along more than 100 cardinals.

Ralph Napierski had his picture taken shaking hands with cardinal Sergio Sebiastiana before he was kicked out from the Vatican Meeting by Swiss Guards where he intruded himself as Bishop Basilius with the Italian Orthodox Church.

Napierski dressed in wearing a purple scarf around his waist that was similar to the sashes warn by senior Catholic prelates a rather short cassock, a cross around his neck, black sneakers and a hat he took the opportunity to speak his mind to reporters about how he found that the church made a mistake by moving priests” who were accused of pedophilia around to different parishes, according to Agence France-Presse. 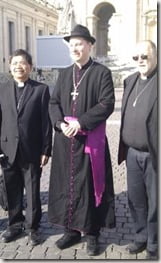 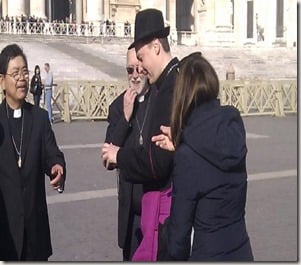 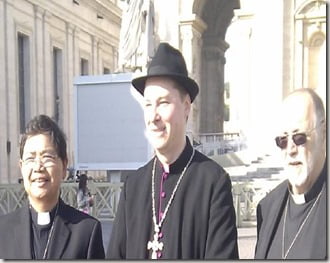 According to La Stampa, Ralph Napierski  made his way inside the House Paul VI with a fake ID and mingled with 100 cardinals introducing himself as Bishop Basilius. 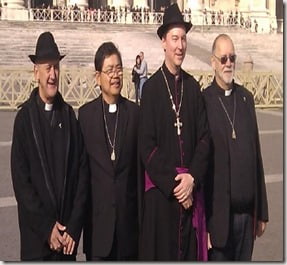 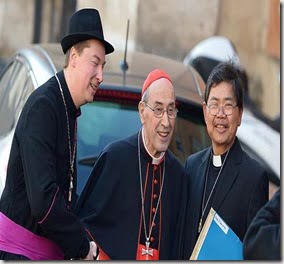 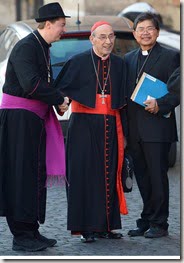 Ralph Napierski who is actually a member of the religious congregation Corpus Dei, and said he is Catholic Bishop under the primacy of Pope Benedict XVI and he is in union with the Roman Catholic Church.

“Bishop Ralph Napierski from the catholic order Corpus Dei in his channel on YouTube he reveals the ancient hidden spiritual practices that he calls Christian meditation is based on techniques that already have been in use by Abraham, Job and many of the famous prophets and leaders of the old testament.” 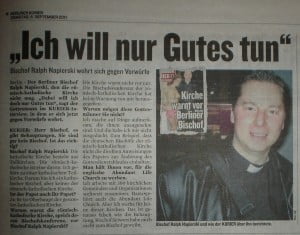 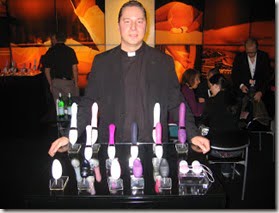 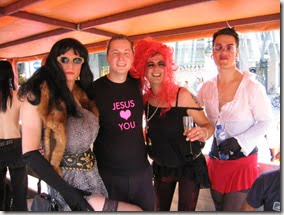 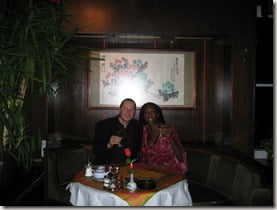 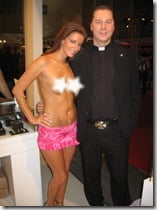 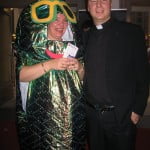 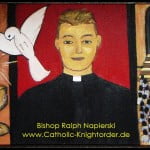 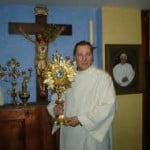 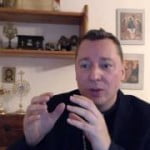 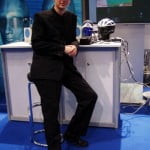 Read the docs of his alleged succession. 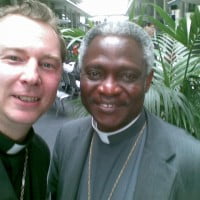 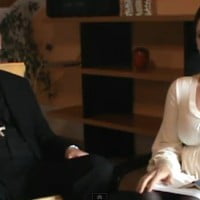 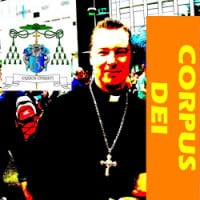 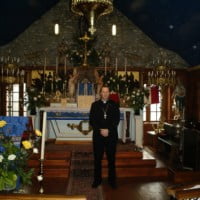 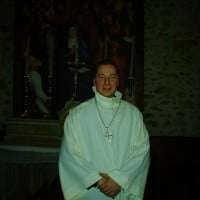 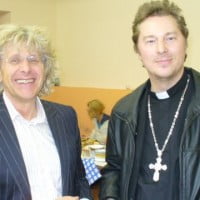 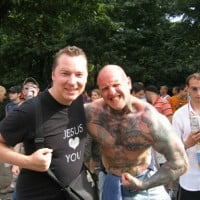 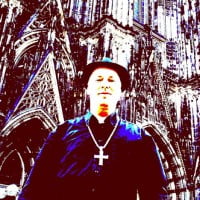