Amy Rule is the proud wife of Chicago mayor, Rahm Emmanuel –who’s been serving in the role since 2011.

Amy’s husband is grabbing headlines for his strong sentiment to the case of actor, Jussie Smollett. Smollet’s criminal charges for filing a false report –were recently dropped, however, Rahm feels that this shouldn’t have happened. During a press conference he called prosecutors’ decision and the amount of resources the city spend investigating the crime a “whitewash of justice.”

Rahm graduated from Sarah Lawrence College and obtained a Master’s Degree in Speech and Communication from Northwestern University.

Early in his career, he became a key member of the Clinton administration from 1993 to 1998, rising to serve as Senior Advisor to the President for Policy and Strategy. He also served under President Barack Obama as the White House Chief of Staff.

Prior to becoming Mayor, he served three terms in the U.S. House of Representatives representing Chicago’s 5th District. He is credited with attracting numerous companies to Chicago and helping to build the next generation of start-ups. 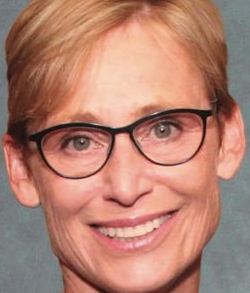 Rahm is happily married to wife, Amy with whom he has three children.

Amy Rule has an art history degree from Tufts University and master’s in medieval art history from the University of Chicago. She worked at the Art Institute when she met Emanuel.

The mayor has credited his wife with having made sacrifices for his career. Last year, he said he would not be seeking a third term and that his wife was the biggest reason.

Amy has been supportive of her husband’s career in public service, however she has kept a really low profile. Amy Rule and Rahm Emanuel were married in 1994. Since then, the two have welcomed three children together; Leah, Ilana and Zachariah.

At the beginning of her husband’s roles as Mayor, Amy made a number of public appearances, including the 2012 ribbon-cutting ceremony for the Ann & Robert H. Lurie Children’s Hospital of Chicago. The spouse and mom of three also assisted kids with art projects at the Boys & Girls Club of Chicago.

For the most part, the 61-year-old has been a proud stay-at-home mom.

Amy Rule keeps active on social media, she can be found on Twitter here.