Rachel Moszer is the wife of David Moszer, a police officer in Fargo, North Dakota; who was shot in the line of duty.

Recent updates on a standoff between a suspect –who hid inside a home for several hours –and officers ended in life threatening injuries to David Moszer.

David Moszer, a six-year-veteran responded to a domestic violence call, about a man who allegedly opened fire against his wife. The shooting went on overnight and lasted about 11-hours.

A SWAT team had to step in to retrieve David Moszer’s body, news outlets say.

In 2012, Moszer and a fellow officer were awarded the department’s Silver Star Medal for rescuing two children from a burning apartment. The decorated officer, is survived by his wife and two children. Officer Moszer was 33-years-old.

According to social media info, Rachel Moszer works at Essentia Health. She is the daughter of Michael and Debra Beckett.

Rachel Moszer attended Hawley High School in Hawley, Minn.; graduating in 2000. She graduated from Presentation College with a bachelor’s degree in nursing in 2009. Rachel Moszer graduated in 2012 from Walden University with a master’s degree in nursing education. She serves on the nursing faculty at the North Dakota State College of Science, Wahpeton. According to her profile she serves as Assistant Nursing Professor. 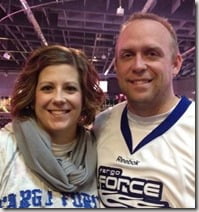 Jason David Moszer, the son of Dave and Karen Moszer. He graduated in 2001 from Fargo South High School, and in 2009 he graduated from North Dakota State University.

It appears the couple had been together for several years before they tied the knot. Rachel Moszer and David shared two young children together, a son and a daughter. 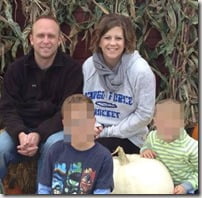 Updates say, the suspect/shooter was found inside the home dead. It is not clear whether he was hit in fire exchange with SWAT teams or if he shot himself.

We send out condolences to Rachel Moszer, her children and the rest of David’s friends and family.