Rachel’s husband went missing after falling out of a plane during a training exercise earlier this week. Recent reports indicate the search was suspended Friday night.
The NY Daily News reports the Air Force Staff Sgt., fell into the Gulf of Mexico, south of Hurlburt Field in Florida, around 11 a.m. Tuesday in a C-130 aircraft. The recovery effort has been unsuccessful.

He served a two-year mission with the Church of Jesus Christ of Latter-day Saints in Spokane, Wash., before enlisting in the Air Force in 2012. He completed deployments in Africa and Afghanistan and was a static-line jumpmaster, military free-fall jumper, combat scuba diver, air traffic controller, and a joint terminal attack controller.
Condiff is survived by his wife Rachael Condiff and their two daughters, as well as his parents, sister and two brothers. 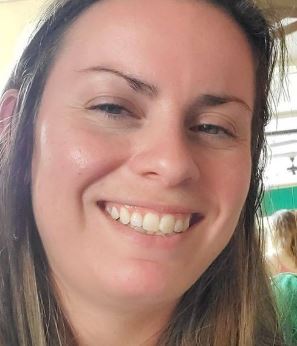 In 2018, Condiff teamed up with GEICO insurance company’s Seats for Service program and Major League Baseball -to surprise his wife and daughter with an early return from a six-month overseas deployment.
At the end of the first inning at Nationals Park, the stadium’s video board showed Rachael Condiff, and then cut to Condiff himself, apparently outside the stadium in the full beard he had during his deployment, apologizing for not being at the game.
Next, the stadium’s screen showed a clean-shaven Condiff sneaking up behind his wife and his daughter for the surprise.

Rachael Hope Condiff went to Rockwall High School and studied at Dental Replacements Training Academy, Inc. She is currently a stay at home proud mama.
She and Cole share two daughters. They welcomed Charley Rose Condiff on July 22, 2015. Their youngest daughter is named Quinn Condiff -was born in 2018.