Joycelyn Savage has been identified as one of the women who’s being held hostage by Grammy Award singer R. Kelly.

The 21-year-old is believed to be the girlfriend of the 50-year-old artist. Though her location hasn’t been disclosed her parents assure she has been living with Kelly since December 2016.

Her older beau has recently come under fire after being accused of running a cult and abusing women. Buzzfeed published in a shocking peace Kelly is being accused by a set of three parents of holding their daughters in an ‘abusive cult.’

This is not the first time the singer is accused of getting involved with younger women. He famously married late singer Aaliyah on August 30, 1994, but their marriage was annulled on February 7, 1995. At the time she was only 15-year-old. Back in 2002 a tape surface of Kelly engaging in *** with an underage girl.

He married for the second times to Andrea Kelly in 1996. They ended in divorced in 2009. He is the father of three children Jaya, Joann, and Robert.

In an attempt to defend her man, Joycelyn Savage came forward in an interview with TMZ and said she is ‘totally fine’ and that she isn’t being held a hostage by anybody. 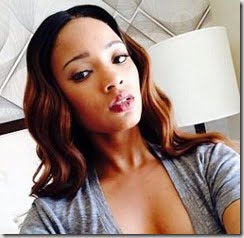 Robert Sylvester Kelly was born on January 8, 1967, in Chicago, Illinois. The singer-songwriter has enjoyed tremendous success on both the pop and R&B music charts.

Kelly appeared on a televised talent show called Big Break, which awarded him a $100,000 prize. He signed with Jive Records in 1991.

Referred to as the King of R&B, he gained fame for such hits as “I Believe I Can Fly” and “Ignition (Remix).” With over 100 million records sold worldwide, he is one of the top-selling artists of all-time.

He created a rap opera, or hip-hopera, called Trapped in the Closet, which was released in four installments from 2005 to 2012. 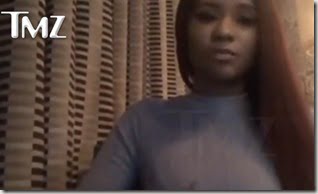 21-year-old Joycelyn Savage is the daughter of Timothy and Jonjelyn Savage. Her parents appeared desperate at a press conference on Monday saying they haven’t seen their daughter for about six months.

Her mother told reporters Jocelyn was acting strange back in December. She added that Joycelyn seemed ‘brainwashed’  as she told her parents she was in love with R Kelly.

Joycelyn’s father added that he believes his daughter is suffering from Stockholm Syndrome.

The young woman told TMZ that she’s “Never been held hostage or anything like that” and that she hasn’t spoken to her parents in about five or six months on her own accord.

According to the Daily Mail, Jocelyn Savage and Kelly grew closer after they met backstage at one of his concerts in 2015. The then 17-year-old was then accompanied by her mother to spend time with the star.

You can check out Joycelyn Savage on Facebook here.