Priyanka Chopra and Nick Jonas are headed to the altar and though there’s no official date yet for the ceremony they recently celebrated their engagement with an official Roka ceremony.

The two held a party in Mumbai, India as they followed tradition. The lovebirds announced their engagement late last month and have been all over each other since.

Find below the top facts for Priyanka Chopra. 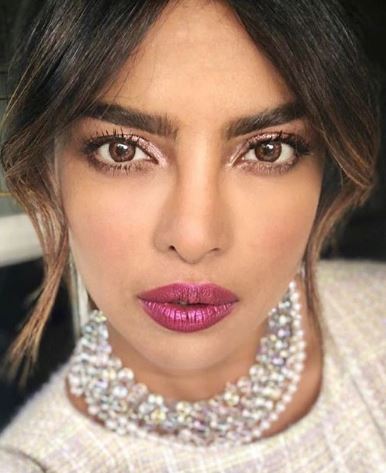 #1 She is from India

If you wondered about her name, that’s because Miss Chopra was born in Jamshedpur, India. Her parents were doctors in the Indian army, so the family moved often.

#2 She is a beauty queen

#3 She wanted to be an engineer

Before winning pageants, she considered being an aeronautical engineer for NASA. She did her schooling from La Martinière in Lucknow. She completed tenth grade in Boston and wanted to become a software engineer or a criminal psychologist.

#4 She turned to acting

After Miss World, she’s had a successful career as a film actress in Bollywood. Chopra has starred in more than 50 Indian films, taking on the roles of a model, a boxer, and an autistic teenager.

In March 2015, it was revealed that Chopra landed the lead role in ABC’s “Quantico,” playing an FBI agent in training who finds herself in the middle of a terrorist attack in New York City. In 2016 she was the first South Asian actress to win a PCA for her role.

#6 She is a spokeswoman for the UN

She is a spokeswoman for the UN’s Girl Up campaign and an ambassador for Girl Rising, the global campaign for female education.

#7 She runs her own foundation

She started The Priyanka Chopra Foundation for Health and Education, which currently covers educational and medical expenses for children in India.

She was appointed India’s official UNICEF Goodwill Ambassador for child rights in 2010. Last year, she went to Zimbabwe to speak with child survivors of sexual violence.

#9 She is one of Bollywood’s highest-paid actresses

Time magazine named her as one of the 100 most influential people in the world two years ago, and last year Forbes magazine included her in a list of the world’s 100 most powerful women.

For a while, Chopra was in a relationship with Bollywood star Shahid Kapoor, but they called it quits in 2011.

Priyanka and Nick attended the Met Gala together last year but is believed they only began dating a few months ago. Nick allegedly popped the question to Priyanka in London last month on her birthday.