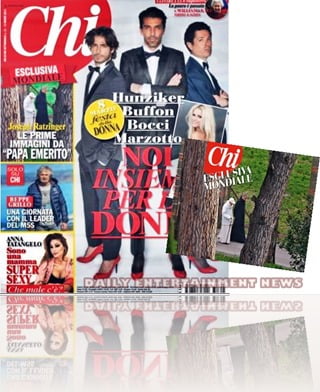 There is no mystery Chi Magazine like to invade the privacy of several important personality from The Duchess of Cambridge and now Pope Benedict, who has been spotted for the first time since he retire. 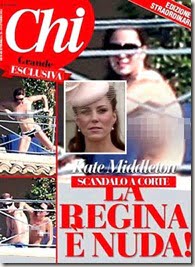 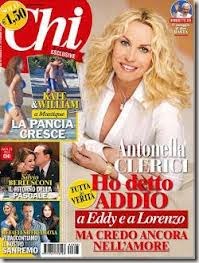 A few months ago, Chi Magazine published topless pictures of Kate Middleton, last month again the Duchess was featured in their cover, in a bikini showing her baby body and today is the former Pope Benedict seen enjoying his retirement.

Former Pope Benedict whose last day as the Pope was on February 28th, was seen dressed all in white with a matching baseball cap walking in the grounds of Castel Gandolfo.