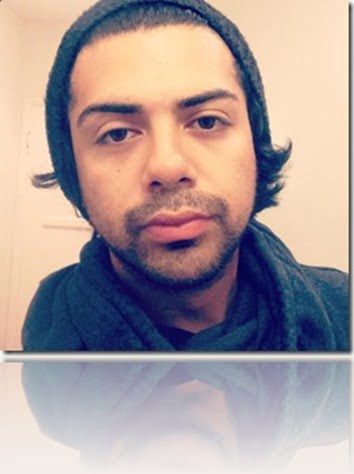 The picture above is 22 or 23-year-old Darwin Vela who is from Los Angeles. The young man has been missing since Tuesday. He disappeared while walking his dog, who returned to his home with human blood on his leash. Darwin left his home around 9 a.m. Tuesday to walk his chocolate lab Cocoa, around the time his fiancé, Kelly McLaren, was showering.

“When I came out, I heard the dog crying,” McLaren told the Los Angeles Times. “He was outside and alone and Darwin wasn’t there.”

McLaren immediately contacted the police who began searching the area to no avail. Police dogs could not find a scent trail and Vela left his cell phone at home and he has not attempted to contact family or friends who note he has never gone missing before. 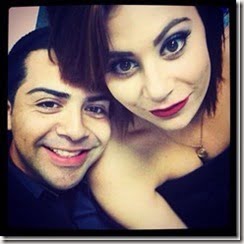 McLaren said her fiance has never disappeared without notice and is “not the kind of person to do that now.”

He’s especially close to his mother, who also lives in Los Angeles, she said.

“He wouldn’t. Even if he could somehow leave me — which he wouldn’t, we’re going to get married, we’re starting a family — he would never, ever leave his mother,” McLaren said.

While police are unsure what’s behind Vela’s disappearance, his fiancé told NBC Los Angeles that the couple is a witness in a criminal case.  A preliminary hearing was held in the case on Thursday.

You can find Vela as “Adisney Vela” on Facebook.

He graduated Fairfax High School in 2010 and attended Santa Monica College. He has worked for the Black Box Theater, also has been a stage manager intern for Greenway Court Theater. From 2006-2009 he was a personal trainer at LA Fitness, worked as a sales associate for Cutco Cutlery and was a stage manager for Hollywood High School. He and girlfriend have been engaged since September 28, 2013. 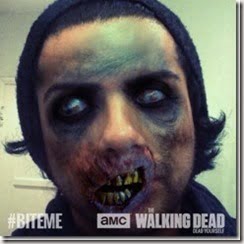 KTLA’s story goes one step further and attaches another photograph of Vela which really looks nothing like the other Vela. Is this the same person?

According to the Dailymail reports, Vela was due to testify the next day against Ricardo Orozco, 39, who allegedly broke into the home of Hollywood actor Nicolas Cage’s ex-girlfriend, Christina Fulton.

Darwin is described as a Hispanic male with black hair and brown eyes, 5-feet-6 and weighing about 160 pounds. He was wearing a dark green beanie, black shirt and blue jeans when he was last seen.

On Saturday, November 23rd, it was reported Darwin had been found safe, but bruised Friday after disappearing Tuesday night while walking his dog.