Peter Madsen is the Danish inventor who is responsible of leaving the body of journalist Kim Wall out at sea!

Madsen came forward with the shocking revelation a few days ago and has been charged with negligent manslaughter.

Wall was a 30-year-old Swedish born who was first reported missing by her boyfriend. Wall who wrote for several international publications embarked in what should have been a short trip on the UC3 Nautilus submarine.

The 40-tonne submarine owned by Madsen and that at one stage was the largest privately-made vessel of its kind –sunk and police think he might have done it deliberately. He was rescued and later arrested.

Mr Madsen, 46, claims that he left her body somewhere in Koge Bay, south of Copenhagen, the police said. A search effort involving divers, helicopters and ships has been under way along the identified route since Friday.

He was born January 12, 1971 in Copenhagen, Denmark. During a 2006 interview, he revealed he’s been in a number of relationships and had a few girlfriends but is not clear whether he is in a current romantic relationship. 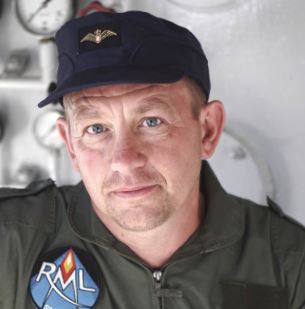 The Denmark entrepreneur and inventor is passionate about innovation, engineering and design. He is an expert in the design of manufacture noncommercial extreme machines. In 2002 he began building a series of manned personal submersibles. He gained media coverage after he constructed the world’s largest amateur submarine. 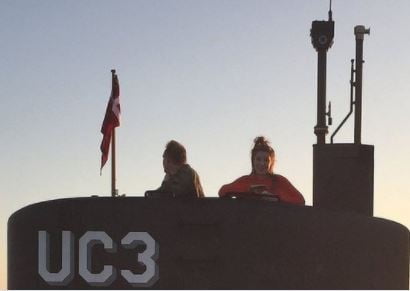 He’s been described by media as an eccentric fella, nicknamed ‘Rocket’ and the ‘crazy professor’”

Regarding the disappearance of Miss Wall, Madsen first told police he dropped her off at the Halvandet restaurant, on the northern tip of Refshaleoen, close to where they had met earlier.

He later revealed Kim died in an accident while on his submarine and then he decided to ‘bury’ her –by dumping her body at sea. The search for her body is still ongoing.

Madsen is being represented by lawyer Betina Hald Engmark –who told outlets he has not admitted any wrongdoing.