The day many family members of 21-year-old Dzhokhar Tsarnaev’s victims arrived and reports say Patricia Campbell, –the mother of 29-year-old, Krystle ­Marie Campbell who was killed in the bombings –was the first person to give a victim impact statement.

She looked directly at her daughter’s killer when she spoke: “What you did to my daughter is disgusting,” “I don’t know what to say to you. I think the jury did the right thing.”

As we’ve all heard, a jury decided a few weeks ago that Tsarnaev, should be sentenced to death for the 2013 terror attack. He appeared in federal court today to formalize his death sentence, and reports the Boston bomber apologized to the victims. 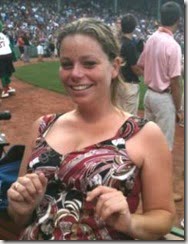 Patricia Campbell worked as a cashier and server at HBS for more than 30 years. Krystle herself worked weekends as a cashier at HBS’ Spangler Grille while attending the University of Massachusetts-Boston. 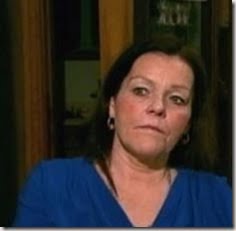 Krystle Campbell –a former Harvard Business School employee –was near the Boylston Street finish line with a friend waiting to snap a picture of her friend’s boyfriend when the first of two explosions shook the marathon course at 2:50 p.m. Twelve seconds later and a little less than 100 yards away, a second bomb detonated. Krystle sustained serious injuries in the explosions and was rushed by medics to Massachusetts General Hospital, where she died.

At the time of her daughter’s death, Patty gave an emotional speech saying: “We are heartbroken at the death of our daughter, Krystle Marie,” “She was a wonderful person, and everybody that knew her loved her… she had a heart of gold. She was always smiling, friendly. You couldn’t ask for a better daughter. I can’t believe this is happening. She was such a hard worker in everything she did. This doesn’t make any sense.”

While Patty’s husband said: “My daughter was the most lovable girl, she helped everybody and I’m just so shocked right now. We’re just devastated.”