John Bowlen is the son of Broncos owner Patrick Dennis Bowlen better known as Pat Bowlen. His father served as the Broncos CEO from his purchase of the club in 1984 until July 2014.

John Bowlen was born to Pat and his wife Annabel Bowlen. He is one of five children. His siblings include Patrick, Brittany, Annabel, Christiana. 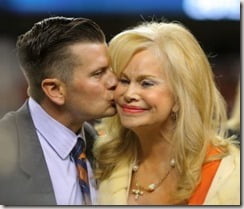 John’s father is the longest-tenured owner of a professional sports team in Colorado history and the only owner in NFL history to achieve 300 overall victories during his first 30 seasons.

Pat Bowlen has guided the franchise to an unprecedented run of success during his three-plus decades in Denver.

This year he entered his 34th season as Owner of the Denver Broncos, and his tenure of ownership is indelibly stamped as one of the most successful periods for any team in National Football League history.

In 2015, John’s father was inducted into the Colorado Business Hall of Fame by Junior Achievement-Rocky Mountain and the Denver Metro Chamber of Commerce. John’s father stepped down as Broncos’ CEO due to Alzheimer’s in 2014.

Since then, ownership of the Broncos has been placed in the Pat Bowlen Trust, with trustee and team chief executive officer Joe Ellis having full authority to run the franchise.

The idea is for one of Pat’s children to eventually earn the right to become the team’s controlling owner. 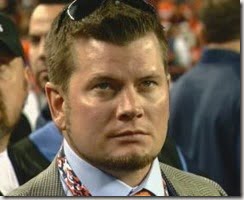 This is not the first time the younger Bowlen gets in trouble with the law. Back in 2015, he was convicted on domestic violence charges. At the time it was said he shoved his girlfriend against a bathroom wall as she was trying to dial 9-1-1.

At his sentencing last year, he was put on probation for two years. 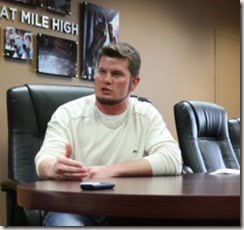 On Sunday, following his DUI arrest, he was freed after posting $5,000 in bail, however he is currently a wanted fella after his recent arrest violated his probation from the domestic violence case.

Prior to his 2015 domestic violence charge, John Bowlen was charged with possession of ********* and drug paraphernalia in 2004 in Arapahoe County, but both charges were eventually dismissed.

The next year he was arrested in Boulder on charges he was drunk and driving the wrong way on a one-way street. Court records show he was convicted of driving while his ability was impaired by alcohol.

Will John Bowlen’s legal troubles keep him from earning a top position in the team? Though he isn’t a Broncos employee, he’s worked as a corporate-partnerships coordinator for the Broncos in the past.

He earned a business management bachelor’s degree at the University of Denver and flirted with law school before realizing that he wanted to pursue an MBA in Sports and Entertainment Management (SEM).