Adonica Browne is the longtime wife of Megachurch Pastor Rodney Howard-Browne -known as the head of Revival Ministries International in Florida.

Howard-Browne born in South Africa; is well known as a pastor of The River at Tampa Bay, a church which he and his wife founded in 1996, and heads Revival Ministries International.

Adonica Browne or Dr. Adonica Browne should we say, was born Adonica Weyers in Bulawayo, Zimbabwe, and raised in Johannesburg. The lovely blonde studied at School of Bible Theology Seminary & University and according to their website, she gave her heart to the Lord at the age of seventeen. She and her husband Rodney Howard Browne have been married since since 1981. The couple made the move from South Africa to America as as God missionaries in 1987. 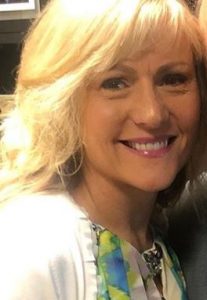 According to the church website, lists both Rodney and Adonica Browne as the founders of Revival Ministries International, The River at Tampa Bay Church, River Bible Institute, River School of Worship, and River School of Government in Tampa, Florida.
In addition, she is the mother of the couple’s three children, Kirsten, Kelly and Kenneth. Kelly, their second daughter was born with Cystic Fibrosis and died at the age of 18 in 2002.

On social media she is listed as the manager of Rodney & Adonica Howard-Browne, The River at Tampa Bay Church, River Kids, Covenant Women and River Manor Farms.
In addition to their Evangelical work, the couple were also top ranking distributors of Monavie until 2014.

Her husband also serves as a “North America Emerald Director” for the multi-level marketing company Jeunesse. The couple is also known for being big Trump supporters.