Pamela Bach was once married to Baywatch star, David Hasselhoff. The once happy couple welcomed two children during their years-long marriage.

Get to know more of the former Pamela Bach Hasselhoff in her top facts below. 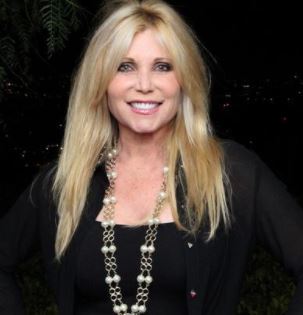 #1 She is a former actress and model

The blonde was born Pamela Ann Weissenbach on October 16, 1963. The Tulsa, Oklahoma native modeled as a teenager and though she studied engineering at Northeastern Oklahoma A&M College –she moved to Los Angeles in order to pursue her acting dreams.

#2 Pamela has had a few acting roles

Pamela appeared in Baywatch and The Young and the Restless. She met David on the set of a Knight Rider episode.

#3 She and David were married for 17-years

The pair married in 1989 and had a well-publicized rocky ride with her husband over the years. The two announced their separation in 2006 and their divorce was finalized the same year.

#4 She has been arrested in the past

Pamela hit the headlines in 2009 when she was arrested in Los Angeles for driving under the influence. The arrest came a day after David Hasselhoff was hospitalised after he was found unconscious at his home.

In April 2010 Bach was sentenced to a 90 day jail sentence after pleading no contest to a DUI.

#5 Her most recent work was appearing in Big Brother

Pamela hit UK screens when she participated in the 2011 Celebrity Big Brother. She was the second celebrity to be evicted from the house, leaving the show after 14 days.

David is currently paying her $10k a month in spousal support –but claims she’s perfectly capable of finding work and supporting herself.

#7 She is currently out of work

In response to David, Pamela said she’s been trying to land work in the acting industry, however given her age, “the current market for actresses” has been next to impossible.

#8 She is a dedicated mother

Pamela says she spent her prime earning years taking care of their home and raising their 2 daughters so David could pursue his career. The former couple produced two daughters, Taylor Ann born 1990, and Hayley in 1992.

#9 Her daughters are also in the industry

Both of the couple’s daughters have appeared on the screen.  In 2010 Hasselhoff and his daughters, Taylor-Ann and Hayley, starred in a reality series on A&E called The Hasselhoffs, focusing on his attempts to resuscitate his career, and to launch his daughters onto the Hollywood stage.

#10 Pamela Bach is more recognized in the UK

The blonde is one of the recipients of the yearly Otto Award as one of German teens’ favorite actresses.