Roberto De Jesus Escobar Gaviria is the elder brother of notorious Colombian drug lord, Pablo Escobar. While some believe Escobar is still alive, there is someone who looks after the Escobar interests.

That would be his brother, Roberto De Jesus Escobar Gaviria –who has emerged as the voice of his late brother. The 71-year-old is currently in a legal battle with Netflix –which airs the series Narcos, in which his brother’s rise and fall is dramatized.

Gaviria sent a letter to the network demanding $1 billion for unauthorized usage of content in 2016. He recently said Netflix and his lawyers are in discussions and he warned if he doesn’t get paid, he will close their title show.

To be fair, Roberto De Jesus Escobar Gaviria owns all the trademarks to the Escobar names and also for the Narcos brand. In 2014, he founded Escobar Inc. and registered “successor-in-interest rights” for his brother in California.

The Colombian native was born January 13, 1947 and was nicknamed ‘El Osito’ 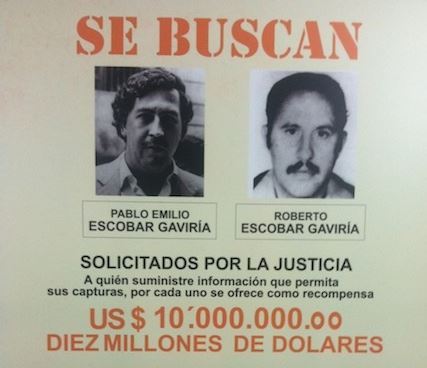 Back in the day, when his brother was dubbed ‘the king of cocaine’ –Roberto De Jesus Escobar Gaviria served as the lead accountant for his brother’s empire. He helped Pablo become the wealthiest criminal in history, with an estimated known net worth of US $30 billion by the early 1990s.

It was during the 80’s that at one point Gaviria became known as the “chief of the hitmen” for the deadly Medellin cartel. 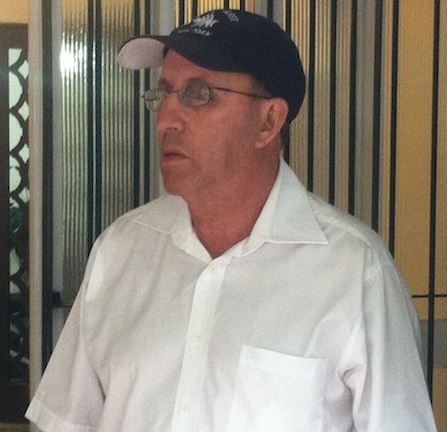 Pablo Escobar had been on the run since July 1992, when he escaped with nine of his men, including his brother, from La Catedral prison. He died in a shootout Dec. 2, 1993 with members of an elite army and police search force in Medellin.

Following the death of his brother in 1993, Gaviria surrendered to authorities and was arrested and imprisoned, where a letter-bomb rendered him partially blinded and deaf. He was released 10 years later.

Roberto De Jesus Escobar Gaviria currently lives in his native Colombia and he operates their old house in Medellin, Colombia, as a museum.

Regarding the death of a location manager while scouting locations for season four of Narcos –Gaviria said the show should hire hitman as security.