Owen Labrie is a former elite prep school student who became known in the controversial case that found him guilty of sexually assaulting Chessy Sprout.

Back in 2015 Labrie was accused of raping a 15-year-old classmate as part of a well-known sexual conquest ritual. According to reports the now 23-year-old has been released from jail on good behavior. He had completed nearly six months.

Check out his top facts below 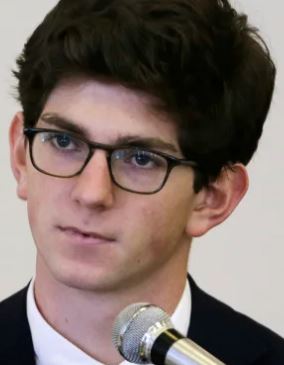 1# He was originally freed on bail under curfew

Though he was originally freed on bail under curfew, a judge revoked that after prosecutors accused him of missing the curfew numerous times. He was ordered to serve what was left of his sentence in jail in 2016. He was serving the remaining 10 months of his sentence at Merrimack County’s jail.

His offenses put a spotlight on the open secret of the hypersexualized culture at the school, including the “senior salute,” in which older students would try to get younger ones to engage in sexual acts with them. The alleged incident between Labrie and his victim took place in 2014 during senior salute activity -a tradition at the boarding school where a senior student emails a younger student before their graduation.

#3 Labrie was acquitted of the more serious rape charges

Though he was acquitted of rape in the 2015 case, Labrie was convicted of misdemeanor sexual assault, endangering children and a felony charge of using a computer to lure his victim for ***; a felony that requires him to register as a *** offender for life.

#4 He was a star athlete

Owen Arthur Labrie was born October 11, 1995; the son of Cannon Labrie and Denise Holland. Owen was a star athlete at St. Paul’s School -an elite private school in Concord, New Hampshire. He served as captain of the varsity soccer team—who had won full-ride admission to Harvard, Princeton, Yale, Dartmouth, Brown, Duke, Stanford, Middlebury, and the University of Virginia.

#5 His parents are divorced

His parents are Cannon Labrie and Denise Holland. They divorced when Owen was two. Cannon Labrie is a graduate of Andover with a Ph.D. from Brown, a onetime college instructor, an editor at Chelsea Green Publishing. He now works mostly as a landscaper. Denise Holland is a public-school teacher in Vermont.

#6 His victim has become an advocate for sexual assault survivors

His victim, Chessy Prout, went public in 2016 and has become an advocate for sexual assault survivors. Her nonprofit, I Have The Right To, offers emotional support to survivors.