Ben Cura is the handsome boyfriend of gorgeous actress and model, Olga Kurylenko -whom you might recognized as a bond girl.

Ben’s girlfriend is best known for playing Camille in 2008’s Quantum of Solace, co-starring with Daniel Craig. The Ukrainian-French actress was discovered by a model scout at the age of 13.
Born November 14, 1979; in Berdiansk, Ukraine -she studied piano for seven years and then went to a ballet studio until she was 13 years old.

Since transitionning to acting, she has appeared in Quantum of Solace and who played roles in the action films Hitman and Max Payne. She took on the role of Headmistress Kirova in the 2014 movie Vampire Academy. The year after appearing in director Terrence Malick’s To the Wonder, she played a role in Oblivion.

At 40, she’s been married a couple of times, first, to Cedric van Mol from 2000 to 2004. Her second husband was Damian Gabrielle from 2006 to 2007. She later began dating Max Benitz who is the father of her son, Alexander Max Horatio -born in 2015.
However, she has moved on with younger beau, Ben Cura -who is also in the industry. The couple has been dating since 2019. 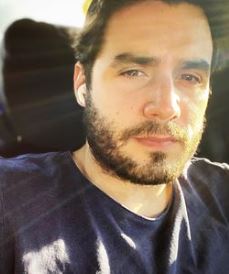 Ben cura was born September 30, 1988 in Buenos Aires, Argentina. He is the son of an Argentine operatic teno, Jose Cura and Silvia Ibarra. His birth sign is Libra and has a mixed ethnicity of Italian, Spanish and Lebanese. Ben has a sister Yazmin Cura and a younger, brother Nicolas Cura.
Ben Cura studied at New York Film Academy located at Paris, France. After that, he joined the London Academy of Music and Dramatic Art (LAMDA). He graduated with a degree in “classical acting for the professional theatre” from the institution in July 2011.

He is an actor, producer, and director, who has appeared in hit movies and TV series like; 15 Minutes of War (2019) and Gun Shy (2017). He is the winner of 2015 The IndieFest Film Awards for Creators (2015).
Like Olga, Ben Cura was also previously married. He was once married to actress Andrea Deck. The two were together for two years following marriage in 2013 until their separation and subsequent divorce in 2015.