Allison’s husband is currently fighting Ronan Farrow’s claims made in his new book about the assertion that network higher-ups had advanced knowledge of and downplayed a rape accusation against former Today anchor Matt Lauer, and worked to kill Farrow’s NBC investigation into disgraced Hollywood mogul Harvey Weinstein. 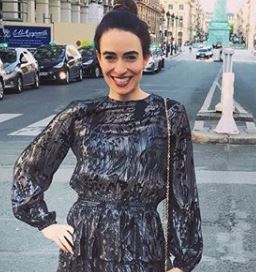 Oppenheim started working for NBC after graduating from Harvard in 2000, climbing the ranks until he was named president of NBC News in 2017 – after two years as executive in charge of “TODAY,” a role he continues to hold.
He began his career in news, leading political talk shows such as Hardball with Chris Matthews and Scarborough Country. He also helped create “Mad Money with Jim Cramer,” has covered three presidential elections, and reported from Iraq, Israel, Gaza, the West Bank, and Libya.

He also served as Head of Unscripted and Digital Development at Reveille. While at Reveille, he created and executive produced primetime shows for NBC, Fox, MTV, and Lifetime, as well as online programming for a variety of brands and platforms.
In addition he is the co-author of the New York Times bestselling series, The Intellectual Devotional.

An Emmy-award winner and one of The Hollywood Reporter’s Most Powerful People in Media -he’s been happily married to wife Allison for year.

Allison Oppenheim is a clinical psychologist who leads parent education classes. The parents educator as she describes herself is in addition, a children’s book author. She along with Today show cohost Savannah Guthrie, are the authors of NY Times Best Seller Princesses Wear Pants and its sequel, Princesses Save the World.

The pretty brunette mostly keeps busy caring for the couple’s young kids. Allison and husband Noah, are the proud parents of three children: Ascher, Ayla, and Ike. The family of five lives in New York City.