Nina Kapur was a news personality, best known as a reporter for CBS 2. According to numerous reports she died over the weekend after getting into a crash. She was 26.

Reports say she was fatally injured while riding on a Revel motorbike on Saturday. Kapur who was a passenger, was launched onto the street after the unidentified driver swerved, for some reason. The pretty Kapur was then taken to Bellevue Hospital, where she was pronounced dead. 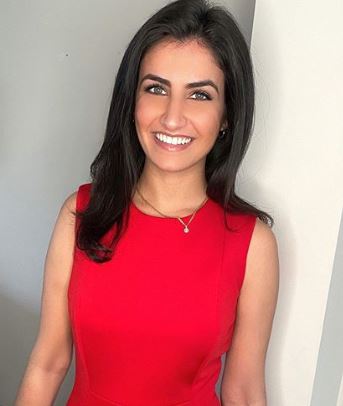 According to her LinkedIn, she attended Syracuse University from 2012 until 2016; graduating with a Bachelor’s degree in Broadcast and Digital Journalism. While at Syracuse she took part in a number of activities including the Panhellenic Council Honors Society for women at Syracuse University and the Syracuse University Renée Crown Honors Program.
During college she was also a staff writer at The Daily Orange, where she worked until 2014. She then moved on to Citrus TV. She was also an inter at WAER 88.3 Syracuse Public Radio for five months in 2014.
In 2015 she made the move to Philadelphia, PA; where she was employed as an inter at WPVI-TV 6ABC Philadelphia in the News Department.
In 2016 she became a Multimedia Journalist/ Weekend Anchor for WDVM TV localDVM.com.

From 2017 until 2019 she was a Reporter, Multimedia Journalist at News 12 Connecticut. She had been working as a reporter for WCBS | CBS New York since 2019.

Kapur who was a Bucks County native, is survived by her parents and one brother. Her mother’s name is Monica Bahl Kapur and her brother, goes by J Kapur.