Nikol Barabasova never imagined she would get in tape the last moments of her life. The lovely redhead has been identified as the woman who got into a deadly car crash dying instantly. Not without, getting the tragic moment documented on video.

The Dubi based woman is said to have lost her life after getting into high speed crash. 22-year-old Nikol Barabasova was on the passenger seat of the car when she began live streaming on Facebook. The young woman can be seen/heard giggling as she begins the live recording.

She and her friend were having a fun time singing along a tune. But just moments later Nikol Barabasova screams in horror and her friend who is on the wheel,is seen trying to control the car. Nikol is then thrust forward and the car then flips over. The horrible scene took place on Friday as the women cruise in Obrnice, Czech Republic. 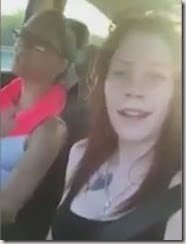 Reports say the Volkswagen that carried both Nikol and her friend, crashed into a barrier. A deadly silence is still recorded after her phone falls on one of the car’s seat belts.

A while later the voice of man asking if the two women are ok can be heard. The live-stream is eventually stopped by an emergency member.

While Nikol was killed in the crash, her friend is still battling life and death in a hospital intensive care unit due to a head injury. As reported by the Daily Mail, Nikol’s friend was driving at more than 120kph when they crashed. 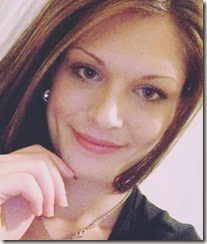 Accoridng to social media info, Nikol Barabasova was born December 14, 1995. She was a dog person and owned at least a couple of them. Her fury friends name is Charlie and ostříhany.

She is survived by her mother, Michaela Barabasova. Her mother posted a heart wrenching ‘come back to me’ on Facebook.

We send our condolences to Nikol’s family and friends.