Nigora Whitehorn is the happy girlfriend of famous businessman, Duncan Bannatyne. The fiery businessman – is one of Britain’s most recognizable faces thanks to his role as an entrepreneur on TV’s Dragons’ Den and a contestant on the 15 season of I’m A Celebrity Get Me Out Of Here!

The couple was recently spotted all loved up during a trip to Barbados. 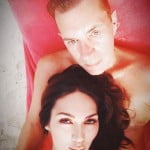 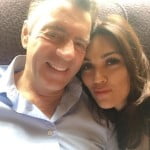 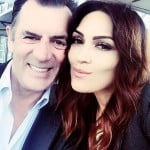 35-year-old Nigora Whitehorn was caught in a major make out session with her 66-year-old millionaire. According to the Daily Mail, the couple looked more smitten than ever as they shared a passionate kiss while enjoying some alone time on a beach in Barbados on Wednesday.

Nigora Whitehorn certainly looks to have been making the most of the balmy climes as she sported a deep sun-kissed glow. It was rumored that Nigora expects Duncan asks her to marry him any time now, certainly she would say yes!

If he proposes and they eventually tie the knot,  she will become Duncan Bannatyne’s third wife, hopefully third time is a charm?

Duncan Bannatyne  married to his first wife Gail Brodie in 1983, with Gail he became the father of four beautiful women Hollie, Abigail, Jennifer and Eve.

His married his second wife Joanne McCue on November 11, 2006. Duncan met Joanne in 1992 when she was working at one of his Quality Care Homes business, he proposed while they were on a holiday in Barbados in March, 2006.

Joanne McCue gave birth to their first child together, daughter Emily in 1999 and to son Thomas in 2002. Joanne filed for divorce in 2010, the divorce was finalized in January, 2013. 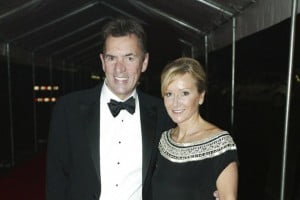 While in the middle of his bitter divorce, Duncan labeled McCue of being a gold-digger’ and her family a bunch of ‘parasites.’ He felt much better when he started dating  Michelle Evans, 37, a former beauty he dated until she dumped him seven months later. Evans claimed Bannatyne cheated on her with Nigora, but she wasn’t over because she also said he threatened her to leak intimate photos of her if she caused any trouble. 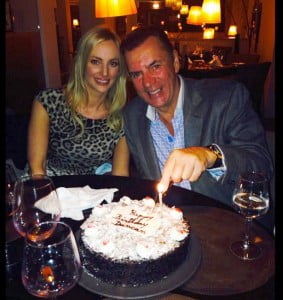 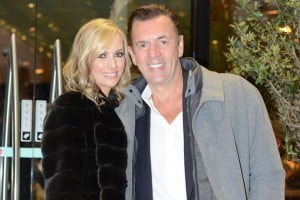 Nigora Whitehorn a pretty brunette and former dental receptionist before she met Bannatyne, who is 31 years her senior. She and her Dragon’s Den star partner have faced claims that she is with him for his money. 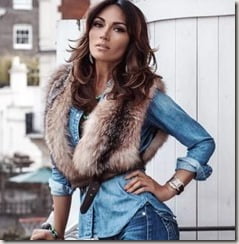 Pin
Nigora Whitehorn told the Daily Mail, in an attempt to defend her relationship.

‘It really upsets me when people judge me, saying, “Oh, how come someone so young and beautiful all of a sudden is in love with millionaire Duncan Bannatyne?” You fall in love with someone for their personality, for their character, for their charm and charisma. Age is just age. I adore Duncan as a person and I think that’s what deep love is about.’ 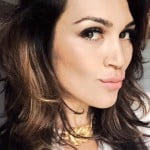 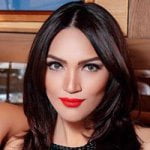 It was also said Nigora would be more than happy to become the mother of his seventh child.